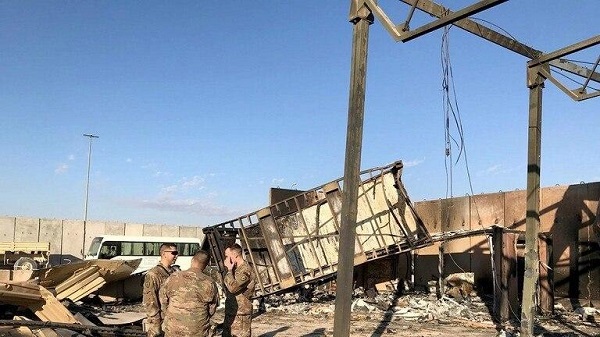 The US Defense Department has said that 34 American service members have traumatic brain injuries from Iranian airstrikes on Al Asad Air Base in Iraq, contradicting President Trump’s dismissal of injuries among American troops this week.

A Pentagon spokesman, Jonathan Hoffman, told a news conference that eight of the affected service members have returned to the United States from an American military hospital in Germany.

It is noteworthy that the US Central Command spokesman, Bill Urban, had indicated that “while no American military was killed in the Iranian attack on January 8 on Ein al-Assad air base in Iraq, many soldiers have treated symptoms of concussion due to the explosions and are still under evaluation.”