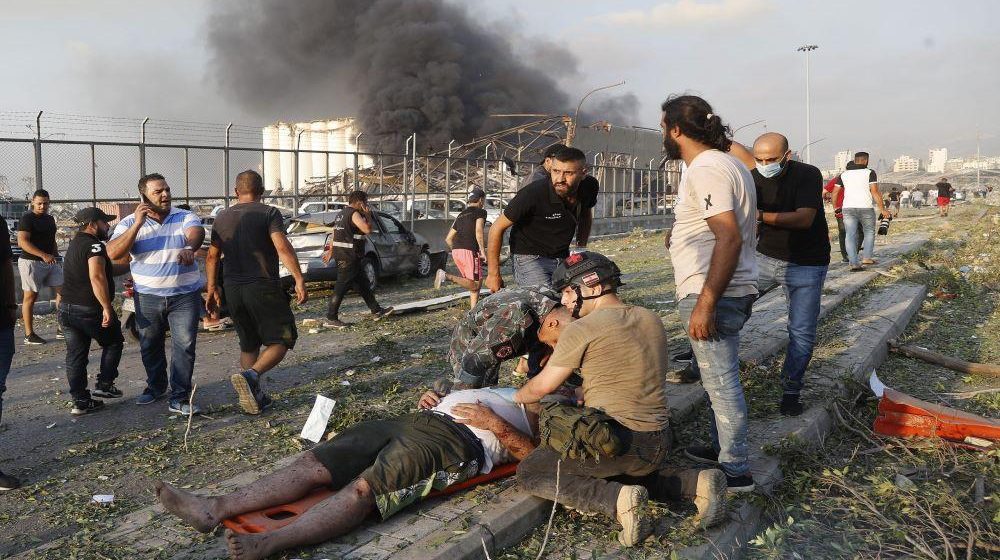 75 Killed And Thousands Injured As Massive Explosion Rips Through Beirut

A powerful blast in the port of Beirut, the capital of Lebanon, has left at least 78 people dead and wounded some 4,000 on Tuesday evening.

The explosion’s shockwaves were felt across the city, causing widespread damage even on the outskirts of the capital with smashed masonry, shattered windows and seismic waves shaking the ground.

Authorities surmised that the blast took place near a warehouse storing 2,750 tonnes of ammonium nitrate, which is used in fertilisers and bombs.

Officials expect the death tolls to climb as search and rescue was ongoing in the rubble.

Lebanese President Michel Aoun called for a cabinet meeting of the High Defence Council on Wednesday and said a two-week state of emergency should be declared.

U.S. President Donald Trump said the explosion looked like a “terrible attack” but did not present any evidence to back his claims.

“I’ve met with some of our great generals and they just seem to feel that this was not some kind of manufacturing explosion type of an event … They seem to think it was an attack. It was a bomb of some kind,” he told White House reporters.

Afghan President Ashraf Ghani’s office said he was “deeply moved and expressed hope that the Lebanese government and people could manage this difficult and tragic situation and overcome it successfully.”

“What we are witnessing is a huge catastrophe,” said George Kettani, head of Lebanon’s Red Cross. “There are victims and casualties everywhere.”

”What happened will not pass without accountability,” said Lebanese Prime Minister Hassan Diab, who promised to hold those responsible for the deadly blast at the “dangerous warehouse.”