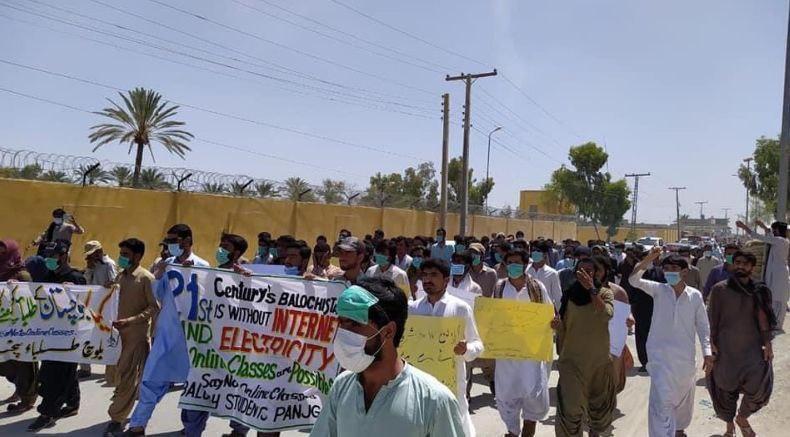 Over two dozen Baloch and Pashtun students protesting against the unavailability of internet for online classes were arrested and beaten by the police in the city of Quetta in southwestern Balochistan province.

The incident was condemned by Baloch, Pashtun Leaders and also by political parties.

The police arrested them for trying to organise a rally when there is a complete ban on public gatherings due to the COVID-19 outbreak.

On Wednesday the students marched from the Quetta Press Club to Balochistan Assembly. They have been demonstrating peacefully for the past few weeks against online classes in universities across the province as most people are deprived of internet service.

“Baloch and Pashtun students arrested in Quetta for protesting against non-availability of internet for online classes,” Amnesty International commented on the incident and asked Pakistani authorities to release the students.