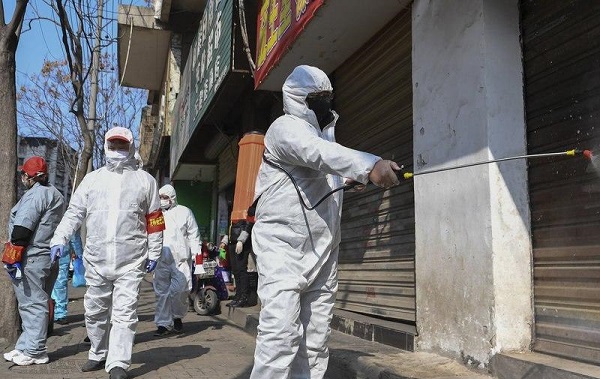 China Reports Nearly 100 Deaths In A Single Day From Coronavirus

The head of the World Health Organization is warning that a few cases of the novel coronavirus that have been spread by people who never traveled to China could be “the tip of the iceberg,” as officials reported the highest single-day death toll since the epidemic began.

Meanwhile, Chinese authorities lashed out at Western media reports that Beijing was not fully cooperating with international health experts.

In a tweet on Sunday from Geneva, WHO Director-General Tedros Adhanom Ghebreyesus said the “spread outside #China appears to be slow, but could accelerate.”

Late Sunday, China said there had been 97 new deaths, a daily record since the epidemic began, bringing the total number of deaths in China to 909, with 40,235 confirmed cases. There have been more than 300 other confirmed cases worldwide and one additional confirmed death outside of China.

Although so far the mortality rate for 2019nCoV has proven far lower than for SARS – about 2% compared to around 10%, the new virus appears to have spread more rapidly than its earlier cousin. SARS killed 774 people during an outbreak that began in late 2002 and reached its peak in 2003.

The novel coronavirus was first identified in December in the central city of Wuhan and then spread rapidly throughout China. Since then, cases have been found across Asia, Europe, the Middle East and the U.S.