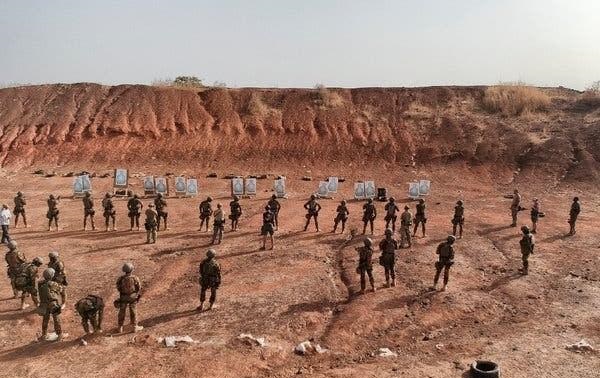 Groups linked to al-Qaeda and the Islamic State, at war with each other in the Middle East, are working together to take control of territory across a vast stretch of West Africa, US and local officials say, sparking fears the regional threat could grow into a global crisis.

Fighters appear to be coordinating attacks and carving out mutually agreed-upon areas of influence in the Sahel, a strip of land south of the Sahara desert. The rural territory at risk is so large it could “fit multiple Afghanistans and Iraqs,” said Brigadier General Dagvin Anderson, head of the US military’s Special Operations arm in Africa.

“What we’ve seen is not just random acts of violence under a terrorist banner but a deliberate campaign that is trying to bring these various groups under a common cause,” he said. “That larger effort then poses a threat to the United States.”

The militants have wielded increasingly sophisticated tactics in recent months as they have rooted deeper into Mali, Niger and Burkina Faso, ambushing army bases and dominating villages with surprising force, according to interviews with more than a dozen senior officials and military leaders from the United States, France and West Africa.