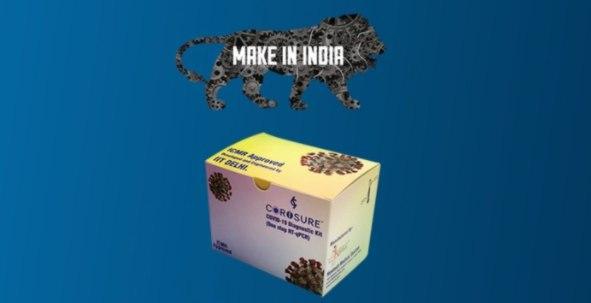 On Wednesday, India saw a record-high of 29,429 new COVID-19 infections, along with 582 fatalities within 24 hours, with the peak still to arrive. The Indian health ministry’s official figures now stand at 936,181 cases with 24,309 deaths.

These are the highest daily figures yet.

The Indian Council of Medical research (ICMR) has set an ambitious August 15 deadline for the development of two vaccines which started their human trials this week.

ICMR head, Balram Bhargava, said extensive research is being carried out and “not a single day is wasted” to streamline the clinical trials.

“This technology should change the paradigm of COVID testing in the country, both in terms of scale and cost … Two million tests [per month] at an unbeatable price,” V. Ramgopal Rao, director of the institute, tweeted.

India had lifted its nationwide lockdown in early June despite a steady increase in fresh cases and fatalities.

The country has now moved to locality-based lockdowns, but many states have closed their borders and set curfews once again as cases spiked.

The ministry confirmed that 86% of the total cases come from the 10 worst-hit states, including Maharashtra and Tamil Nadu.