Beyond Afghanistan » ‘Deal of Century’ Will Die before Trump’s Death: Iran Leader 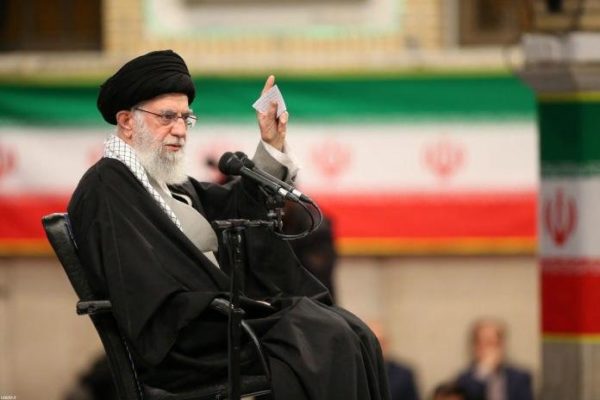 ‘Deal of Century’ Will Die before Trump’s Death: Iran Leader

The leader of Iran Ayatollah Seyyed Ali Khamenei says the US president’s so-called ‘deal of the century’ will perish before Donald Trump’s death.

“The American bullies and bandits have recently unveiled a plan and called it ‘deal of the century’, wishfully thinking the deal may work if they choose a big name for it,” Ayatollah Khamenei told a huge crowd of people in Tehran on Wednesday.

“In my opinion, what they have done and are pursuing is firstly stupid, secondly a sign of treason, and thirdly it is to their own detriment from the very beginning,” he noted.