Beyond Afghanistan » European Troops in Mideast May Be in Danger: Iranian President 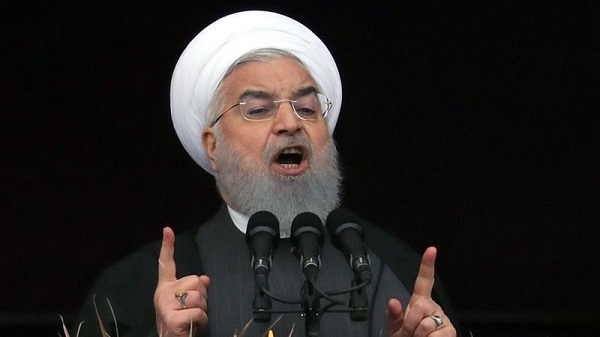 European Troops in Mideast May Be in Danger: Iranian President

Iran’s president is warning that European soldiers deployed in the Mideast “may be in danger” after Britain, France and Germany challenged Tehran over breaking limits of its 2015 nuclear deal.

Hassan Rouhani made the comment Wednesday during a televised Cabinet meeting.

It comes after the nations started a dispute process over Iran breaking limits from the accord.

It marks the first time Rouhani has threatened Europe amid tensions with the U.S., which unilaterally withdrew from the deal in May 2018 under President Donald Trump.

The comments by Mohammad Javad Zarif in New Delhi represent the first time an Iranian official referred to the earlier story that a technical malfunction downed the Ukraine International Airlines flight as a lie.

The shootdown has sparked days of angry protests in the country.