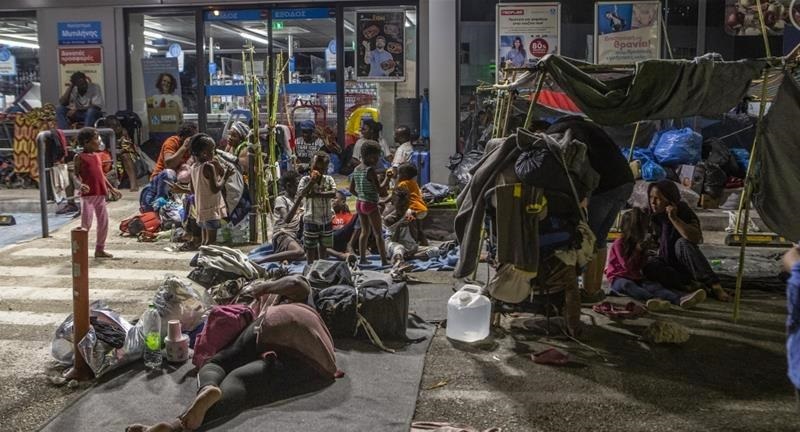 Germany Agrees To Take In 1,500 Refugees From Moria Camp In Greece

Germany said it plans to take in 1,553 asylum seekers from Moria camp in Greece after a devastating fire destroyed is last week.

Amid mounting criticism that they were doing too little, German Chancellor Angela Merkel’s administration agreed that they would accept migrants from 408 families with children that have successfully filed for asylum.

“Germany will, in a further step, now take in more than 1,500 refugees, mainly families with children, who are currently in Greece. And we are striving for a European aid effort, under the terms of which our country would take in more people in need of protection,” Scholz said.

That is in addition to the around 150 unaccompanied migrant children that Germany had already decided to accept.

Moria camp on Lesbos was home to over 12,000 people, mostly asylum seekers from Afghanistan, Africa and Syria.

On Tuesday, Greek police said they had arrested five young Afghan nationals who were allegedly responsible for setting fire to the camp. The police said that their asylum applications had been rejected, prompting them to start the blaze.