Beyond Afghanistan » India to Purchase over S$4 Billion Defense Equipment from US: Trump 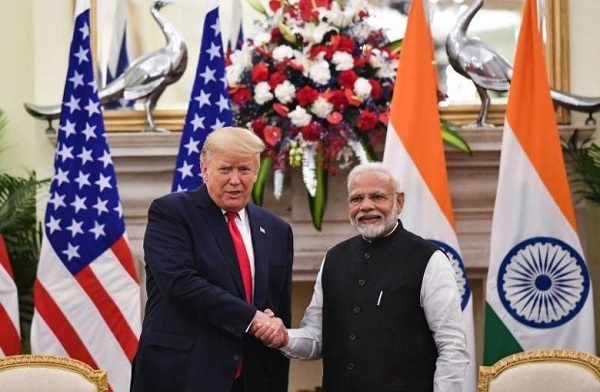 India to Purchase over S$4 Billion Defense Equipment from US: Trump

US President Donald Trump said on Tuesday (Feb 25) that India will buy US$3 billion (S$4.2 billion) worth of military equipment, including attack helicopters, as the two countries deepen defense and commercial ties in an attempt to balance the weight of China in the region.

India and the United States were also making progress on a big trade deal, Trump said. Negotiators from the two sides have wrangled for months to narrow differences on farm goods, medical devices, digital trade and new tariffs.

Trump was accorded a massive reception in Indian Prime Minister Narendra Modi’s home state on Monday, with more than 100,000 people filling into a cricket stadium for a “Namaste Trump” rally.

On Tuesday, Trump sat down for one-on-one talks with Modi followed by delegation-level meetings to try and move forward on issues that have divided them, mainly the festering trade dispute.