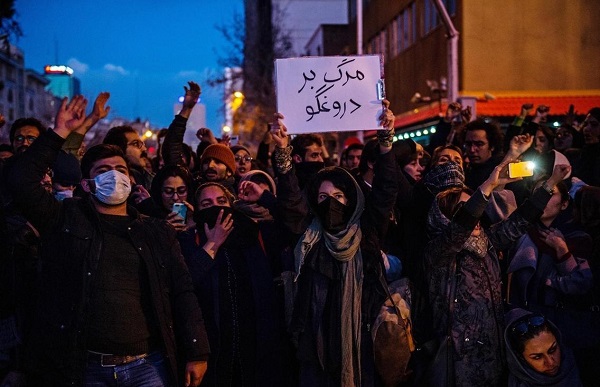 Iran’s government has denied reports that security forces fired live ammunition at protesters in Tehran, and accused President Trump of shedding “tears” with his message of support for the demonstrators.

Videos purportedly show blood on the ground after claims that protesters were hit with live rounds in Tehran two days after Mr. Trump warned Iran leaders not to “kill your protesters.”

Protesters have been denouncing their government’s belated admission that an Iranian missile “unintentionally” shot down a Ukrainian passenger jet last week, killing all 176 people on board.

Officials denied for almost four days that Iran’s military was behind the crash, until a senior commander conceded Saturday — under mounting international pressure — that single low-ranking “operator” had mistakenly fired on the plane thinking it was an incoming missile.