Beyond Afghanistan » Iranian FM Hits Back at Trump Over “No Thanks!” Tweet 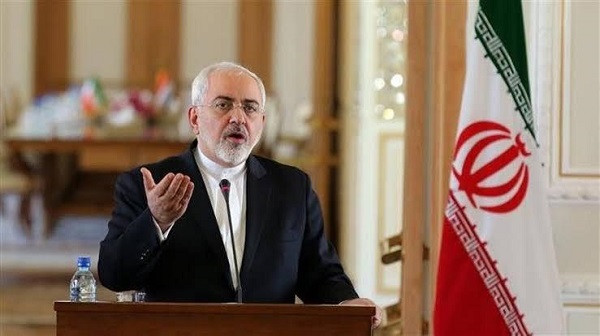 Iranian FM Hits Back at Trump Over “No Thanks!” Tweet

Iranian Foreign Minister Mohammad Javad Zarif struck back at US President Donald Trump for basing his foreign policy on Fox News or translators rather than on facts.

“@realdonaldtrump is better advised to base his foreign policy comments and decisions on facts, rather than @FoxNews headlines or his Farsi translators,” Zarif tweeted on Sunday.

“To be better informed, he can read my entire interview,” Zarif added providing the link to his interview with Der Spiegel. He also posted a screenshot of the part of the interview on prospects of talks with the United States, noting, “Too many words, then just read this.”

Asked by Der Spiegel whether he rules out the possibility of negotiations with the US following the assassination of Iranian top commander Lt. Gen. Soleimani, Zarif had said that “No, I never rule out the possibility that people will change their approach and recognize the realities. For us, it doesn’t matter who is sitting in the White House. What matters is how they behave. The Trump administration can correct its past, lift the sanctions and come back to the negotiating table. We’re still at the negotiating table. They’re the ones who left. The U.S. has inflicted great harm on the Iranian people. The day will come when they will have to compensate for that. We have a lot of patience.”

“Iranian Foreign Minister says Iran wants to negotiate with The United States, but wants sanctions removed. @FoxNews @OANN, No Thanks!” tweeted the US President.