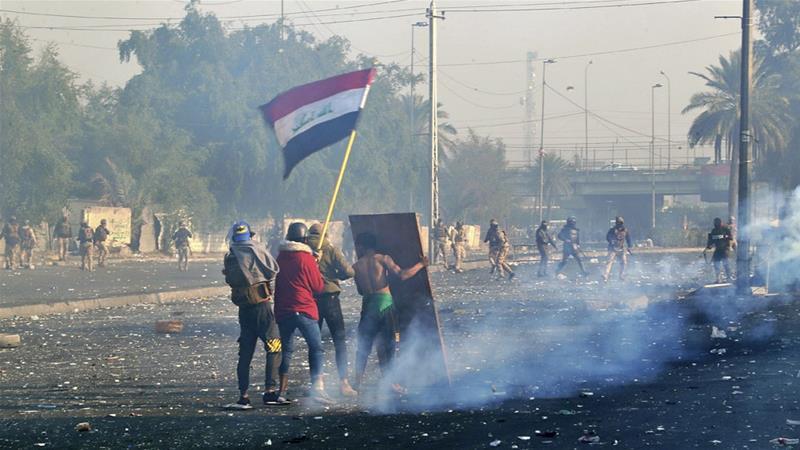 Five protesters were killed on Monday in three Iraqi cities as demonstrators across the country ramped up pressure on the government to implement long-awaited reforms, Al-Jazeera reported.

Two protesters were killed by live ammunition in capital city Baghdad, two others were killed the northeastern city of Baqubah and one more was killed in the southern city of Karbala, said medical and security sources.

The Iraqi government did not confirm the deaths. Al Jazeera’s Osama Bin Javaid, reporting from the Baghdad demonstration, said activists took video showing seriously wounded protesters being carried away after the fierce clashes.