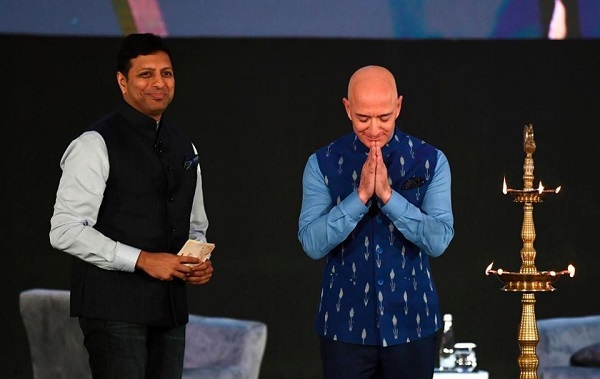 The Amazon founder and chief executive Jeff Bezos has said that his e-commerce behemoth will invest $1 billion to bring small and medium businesses in India online. He also pledged that his company will export $10 billion worth of “Made in India” goods by 2025.

The news which was announced during Amazon Smbhav, a two-day summit in New Delhi aimed at bringing business owners together to hear speeches from Amazon representatives and other major executives—was met with applause.

The Amazon billionaire has been applying a soft touch in diplomacy toward India during this week’s visit. He has posted videos on social media of himself paying respects at the Raj Ghat, a memorial dedicated to Mahatma Gandhi in New Delhi, and flying kites with teenagers while in India.

In a video posted to Instagram, Bezos ended his Amazon Shbhav speech with two declarations regarding India: “I predict that the 21st century is going to be the Indian century. In this 21st century, the most important alliance is going to be the alliance between India and the United States—the world’s oldest democracy and the world’s largest democracy.”