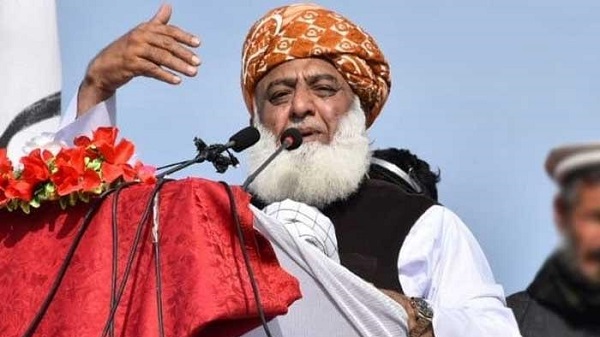 Jamiat Ulema-e-Islam Fazl (JUI-F) chief, Maulana Fazlur Rahman has said those who wish to register a high treason case against him under Article 6 are more than welcome to do so, reported The News.

Fazl’s remarks came in response to Pakistan’s Prime Minister Imran Khan’s statement earlier this week, in which the premier had said the JUI-F leader should be tried for high treason for suggesting he had conspired to de-seat the government.

The JUI-F chief had earlier this month said that he had ended his Islamabad sit-in late last year after reaching an understanding with power brokers that the PTI-led government would soon be upturned.

“Maulana Fazlur Rahman should be tried under Article 6 of the Constitution. There should be an inquiry into the remarks he made, and he should be asked who gave him that understanding,” PM Imran was quoted as saying.

Addressing a convention, Fazl said that he would not stand in anyone’s way and those who wanted to file the case against him were more than welcome to do so. He asserted that he would let everyone know who should really be tried under Article 6.

“We respect the national institutions but will not remain silent when it comes to our national security,” he said.

The JUI-F chief further said that they achieved the objectives of ‘Azadi March’ but failed to topple the government due to some friendly interferences, however, they ended their writ.