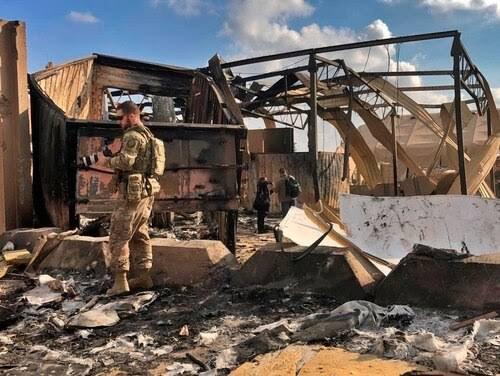 More U.S. service members have been transported out of Iraq for medical treatment and evaluations following Iran’s missile attack on military facilities there, the Pentagon hasd said, nearly two weeks after President Trump and defense officials initially said no one was hurt.

The Pentagon said Friday that 11 service members required medical treatment outside Iraq. U.S. military officials declined to say Tuesday how many more are receiving care but said “additional” personnel had been sent to Landstuhl Regional Medical Center in Germany.

The officials left open the possibility that the number could increase in coming days.

“The health and safety of all service members is the greatest concern for all Department leadership and we greatly appreciate the care that these members have received and continue to receive at the hands of our medical professionals,” Army Maj. Beth Riordan, a military spokeswoman, said in a statement. “As medical treatment and evaluations in theater continue, additional service members have been identified as having potential injuries.”

Riordan’s statement continued: “These service members — out of an abundance of caution — have been transported to Landstuhl, Germany for further evaluations and necessary treatment on an outpatient basis. Given the nature of injuries already noted, it is possible additional injuries may be identified in the future.”

The statement did not address the condition of the first 11 service members transported out of Iraq, and U.S. defense officials said Tuesday evening that they did not have more information about them to share.

The injuries surfaced after Iranian forces launched 11 missiles Jan. 8 at Ain al-Asad air base west of Baghdad and one into the northern city of Irbil in retaliation for the U.S. killing of Iranian Maj. Gen. Qasem Soleimani, who U.S. officials say was connected to the deaths of hundreds of U.S. troops over the past 20 years. More than 1,000 U.S. service members were at al-Asad at the time of the attack, U.S. defense officials have said.