Beyond Afghanistan » New Ebola Outbreak in Congo Kills Five, COVID-19 not the Only Threat: UNICEF 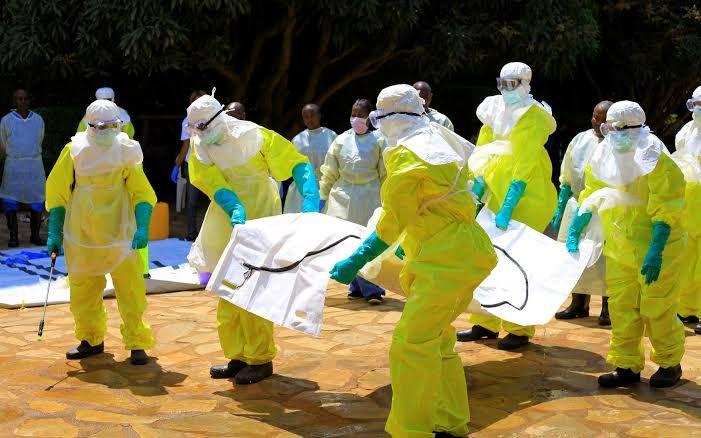 New Ebola Outbreak in Congo Kills Five, COVID-19 not the Only Threat: UNICEF

A fresh outbreak of Ebola in the Democratic Republic of Congo has killed five people, reports the United Nations Children’s Fund (UNICEF). Nine cases had been reported in total.

The four other cases – all relatives and acquaintances of the deceased – were undergoing treatment in an isolation unit at the Wangata Hospital in Mbandaka, the capital of Equateur province in the north-western part of the country.

This is the country’s 11th outbreak of the potentially deadly virus. The fatality rate is considerable, ranging from 50% to 78% depending on the outbreak and the age of the infected.

The Democratic Republic of Congo has been struggling with the Ebola outbreak for the past two years in the eastern part. Since 2018, the casualties are 2,134 people dead and 3,317 people killed.

Equateur province experienced a short outbreak from May to July 2018 where 33 people had died.

The disease has an incubation period of 21 days and the province had not reported a new case in that time. However, the deaths prove that there are undetected cases.

“The announcement comes as a long, difficult and complex Ebola outbreak in eastern Democratic Republic of the Congo is in its final phase, while the country also battles COVID-19 and the world’s largest measles outbreak,” WHO said in a statement.

The central African country has reported 3,195 cases of COVID-19 and 72 deaths.