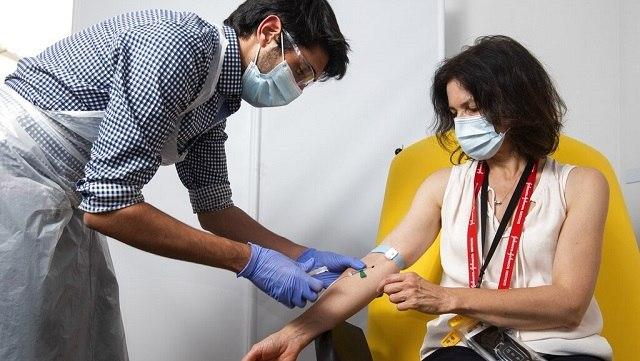 A COVID-19 vaccine developed by the University of Oxford, officially called AZD 1222, has shown positive results in the initial human trials.

The findings, published in the reputed medical journal, The Lancet, show that the vaccine triggers an immune response from the body as antibodies and T-cells, a type of white blood cells, are produced to fight the Coronavirus.

The clinical name of the vaccine candidate is ChAdOx1 nCoV-19, and it was developed by the Jenner Institute, a part of the Nuffield Department of Medicine at the university, and is backed by AstraZeneca PLC, a British-Swedish pharmaceutical company.

Pleased with the trails, the U.K., has already ordered 100 million doses of the vaccine which is now being produced at an unprecedented speed.

The vaccine was developed from a genetically engineered virus that causes the common cold in chimpanzees, and then heavily modified to “look” like COVID-19.

Levels of T-cells peaked 14 days after vaccination and antibody levels peaked after 28 days, The Lancet study showed. It showed that 90% of people developed neutralising antibodies after one dose.

The vaccine may thus provide “double protection” against the virus.

The vaccine is currently in phase II/III human trial in the U.K. since it has been tested in roughly 1,077 people so far, with 30,000 more people in the U.S. alone, expected to participate.

Dangerous side-effects from taking the vaccines have not been noted yet, however, 70% of the people developed either fever or headache which could be managed with paracetamol.

Dr. Adrian Hill, director of the Jenner Institute said that by the end of the year, they may have sufficient data to decide if the vaccine should be adopted for mass vaccination campaigns.

“We need more research before we can confirm the vaccine effectively protects against SARS-CoV-2 (COVID-19) infection, and for how long any protection lasts,” he said.

There are over 160 vaccines being tested across the world in countries such as China, the U.S., and India.