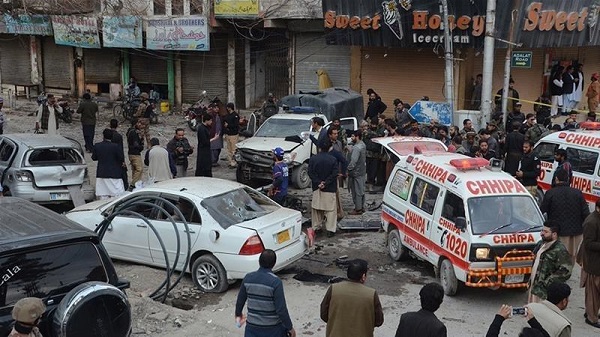 A suicide bomb attack near a religious rally in the Pakistani city of Quetta has killed at least seven people and wounded 25 others, according to officials.

“An attacker came on a motorcycle, and he was stopped by police [near the rally],” Langove told Al Jazeera. “Then, there was an explosion.”

No group has so far claimed responsibility.

“Instead of stopping, [the attacker] attempted to continue going forward,” he said. “They struggled with him, toppling him and stopping him. As he fell, he detonated himself, which killed two of our men, those who had stopped him … and [others].”