Beyond Afghanistan » Rockets Strike Iraqi Base Hosting US Troops; No Injuries 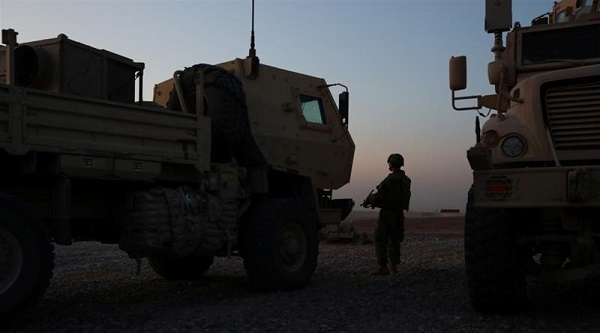 Rockets Strike Iraqi Base Hosting US Troops; No Injuries

Small rockets struck the Iraqi base hosting American troops and other coalition forces in Baghdad’s Green Zone early Sunday but caused no casualties and only minor damage, a U.S. military official said.

As per AP report, the attack came just before 3:30 a.m., according to Col. Myles B. Caggins III, a spokesman for the U.S. military operation in Iraq.

The attack was the latest in a recent series of rocket and mortar strikes on Iraqi bases housing U.S. troops. On Thursday, a mortar shell exploded in the K1 Iraqi military airbase in Kirkuk province in northern Iraq. No casualties were reported, Iraqi security officials said.