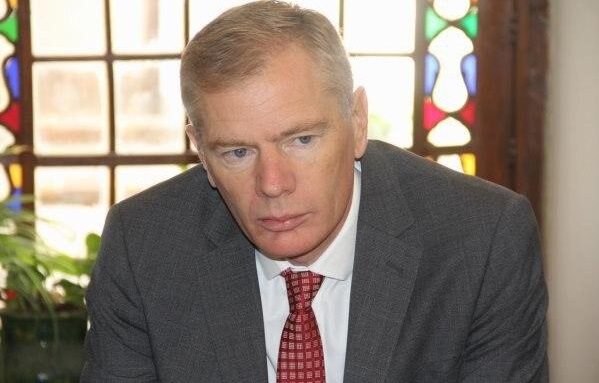 Iran’s Foreign Ministry Spokesman Abbas Mousavi warned that Iran would adopt a more decisive stance in case the UK ambassador repeated his ‘suspicious act’ in taking part at an illegal gathering in Tehran.

UK ambassador to Iran Rob Macaire was briefly detained during a protest in front of Amir Kabir University in downtown Tehran on Jan. 11 when he was attending an illegal gathering.

“UK ambassador’s act was unconventional and contrary to diplomatic principles and the Foreign Ministry issued a serious warning to him,” said Mousavi in his weekly press conference in Tehran on Monday.

He said that the act seemed ‘suspicious and intentional’, warning that Iran’s stance towards the repetition of such measures by the UK will ‘not be limited to only summoning’.