Beyond Afghanistan » Trump Arrives in India for First Visit as President 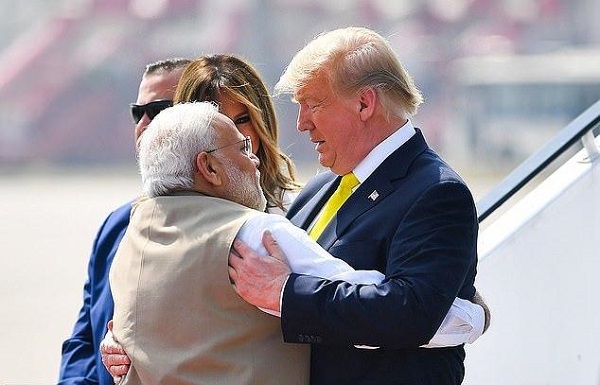 Trump Arrives in India for First Visit as President

President Trump arrived in India for his first official visit on Monday, the beginning of a whirlwind 36-hour tour that includes a mega-rally expected to draw more than 100,000 people, a visit to the Taj Mahal, and a day of ceremonies and meetings in Delhi.

Trump was greeted by Indian Prime Minister Narendra Modi, whom Trump recently described as “a friend of mine.” The two leaders appeared together at a rally in Houston last year. Trump’s visit to India comes as the two countries continue to deepen their security cooperation but face stubborn tensions over trade.

The Modi government has faced considerable international criticism — including from members of Congress — over its crackdown in Kashmir, India’s only Muslim-majority state, and the passage of a controversial religion-based citizenship bill that has led to protests across the country. In the run-up to the trip, a senior White House official said Trump would raise the issue of religious freedom with Modi in private.

Before leaving for India, Trump told reporters the trip would be “very exciting,” and the “biggest event” India had ever held.