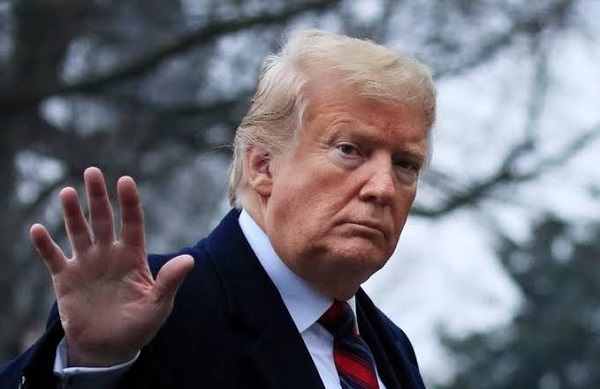 Trump Says ‘No Thanks’ to Iran’s FM Negotiation Proposal

US President Donald Trump rejected on Sunday a negotiation proposal by Iran’s Foreign Minister Mohammed Javad Zarif on the condition that sanctions be lifted.

“Iranian Foreign Minister says Iran wants to negotiate with The United States, but wants sanctions removed,” Trump said in a tweet. “No Thanks!”

He retweeted his tweet with a Farsi translation as well.

Zarif on Saturday told Germany’s Der Spiegel magazine that Iran is still willing to negotiate with the US even after an American drone strike killed Iranian General Qassem Soleimani.

The foreign minister said he would “never rule out the possibility that people will change their approach and recognize the realities.”

There has been growing tension between Washington and Tehran since 2018, when President Donald Trump pulled the United States out of the nuclear deal with Iran. The US has since re-imposed tough sanctions that have crippled Iran’s economy.