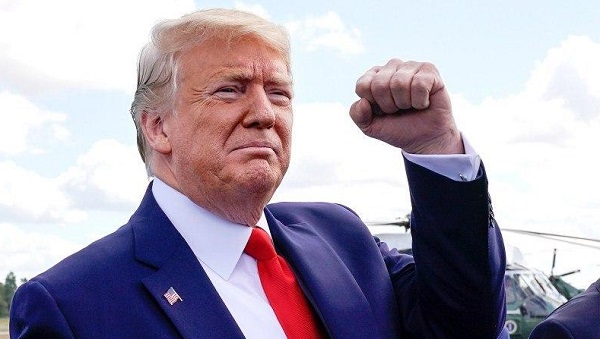 In the absence of arms control treaties with Russia and China, the United States will be creating the world’s strongest nuclear force, President Donald Trump said at a White House Business Session with governors.

“Now, at the same time, Russia and China both want to negotiate with us to stop this craziness of spending billions and billions of dollars on nuclear weapons”, Trump said.

He added, however, that until an agreement is reached the only thing he can do is to “create, by far, the strongest nuclear force anywhere in the world”.

According to the American president, the US has a vast amount of “super-fast missiles”, and the country needs them because both Moscow and Beijing possess similar weapons.

“We have the super-fast missiles — tremendous number of the super-fast. We call them ‘super-fast,’ where they’re four, five, six, and even seven times faster than an ordinary missile”, Trump noted.

“We need that because, again, Russia has some. I won’t tell you how they got it. They got it, supposedly, from plans from the Obama administration when we weren’t doing it. And that’s too bad. That’s not good. But that’s how it happened. And China, as you know, is doing it”.