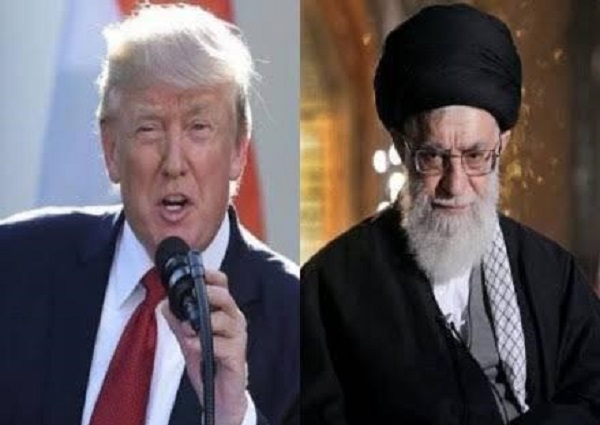 US President Donald Trump has warned Iran’s Supreme Leader Ayatollah Ali Khamenei to be “very careful with his words,” after he used a rare public address to deride “American clowns” and defend Iran’s military.

“The so-called ‘Supreme Leader’ of Iran had some nasty things to say about the United States and Europe,” Trump, who was in Palm Beach, Fla., for a fundraiser, tweeted Friday evening. “Their economy is crashing, and their people are suffering. He should be very careful with his words!”

“The noble people of Iran—who love America—deserve a government that’s more interested in helping them achieve their dreams than killing them for demanding respect,” Trump tweeted. “Instead of leading Iran toward ruin, its leaders should abandon terror and Make Iran Great Again!”

Khamenei used his first sermon in Tehran in eight years to rail against the recent U.S. strike against Iranian Gen. Qassem Soleimani and claim that Iran’s retaliatory missile attack on Iraqi bases had dealt a “blow to America’s image.” He also claimed the U.S. only pretends to support the Iranian people but actually wants to “push a poison dagger” into their backs.

Trump has recently voiced support for anti-government protesters in Iran who have demonstrated against Tehran’s apparently accidental downing of a Ukrainian jetliner in the country.