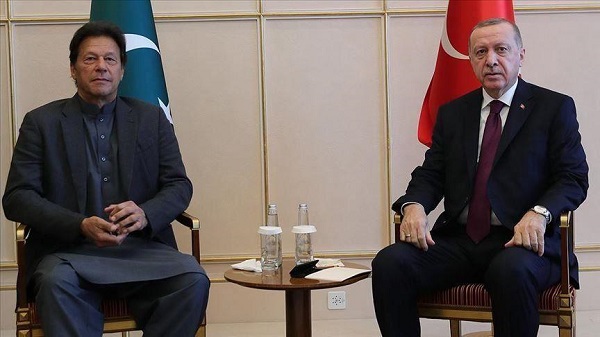 During a two-day visit to Pakistan this week, Turkish President Recep Tayyip Erdogan and Pakistan’s Prime Minister Imran Khan are expected to discuss a string of issues confronting the Muslim world, according to local experts.

“The two leaders have a variety of issues to discuss during this visit including the Kuala Lumpur initiative, Kashmir, and the U.S.’ so-called Middle East peace plan,” Shahid Amin, a former diplomat, told Anadolu Agency.

Amin said both Khan and Erdogan feel strongly about the lack of unity among Muslim countries, and discussions of the issue will be an important part of the agenda.

“An initiative has already been taken in this regard,” he said referring to last December’s Kuala Lumpur summit, which Pakistan skipped over reported pressure from Saudi Arabia.

“But it needs to be worked out further so that there must not be any impression of more division,” he said.