Beyond Afghanistan » “US ‘Deal of The Century’ Violates Int. law”: Russia 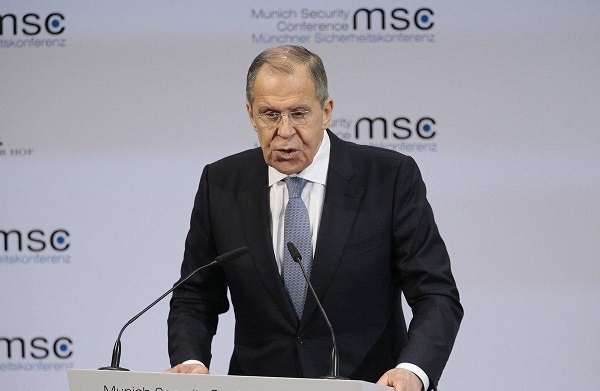 “US ‘Deal of The Century’ Violates Int. law”: Russia

Russian Foreign Minister Sergey Lavrov has said that the Middle East “peace plan” known as the “deal of the century” drafted by the United States violates international law by giving concessions in favour of Israel at the expense of the Palestinians.

“The US, in its usual style, suggested solving one of the most long-standing conflicts of our time in one fell swoop,” Lavrov told Italy’s La Stampa. “In addition, Washington inherently ignored the generally recognized international legal framework for a Middle East agreement, which includes the UN Security Council and UN General Assembly resolutions and the Arab Peace Initiative.”

The Russian official warned that the plan gives concessions in favour of Israel which do not contribute to solving the Palestinian issue.

He stressed that the Palestinians and the Israelis should make “genuine” efforts to resolve the conflict between them, noting that Russia as a member of the Middle East Quartet could act as a mediator.