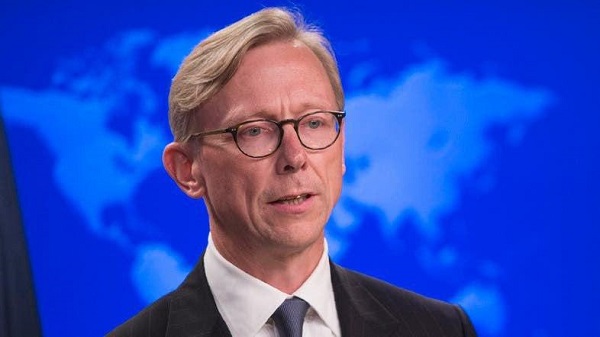 Esmail Ghaani, the new Islamic Revolutionary Guards Corps (IRGC) Quds Force commander, will face the same fate as his slain predecessor Qassem Soleimani if he follows in the same path, said US special representative to Iran Brian Hook to Asharq al-Awsat on Wednesday.

He added that the death of Soleimani, the former commander of the IRGC Quds Force killed by a US airstrike operation in Baghdad weeks ago, “created a void that the Iranian regime will not be able to fill.”

Hook, who accompanied President Donald Trump and his delegation to Davos for the World Economic Forum, also stressed that his country judges the Iranian regime based on its actions rather than what the Iranian Foreign Minister, Muhammad Javad Zarif, says.

Ghaani was appointed leader of the Quds Force on January 4 by Iranian Supreme Leader Ali Khamenei. He was previously deputy commander of the force.