Beyond Afghanistan » US Senate Debating Limiting Trump Conflict With Iran 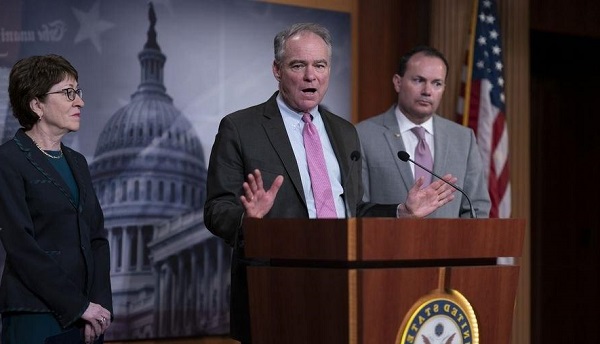 Defying a direct appeal from President Trump, the Republican-led Senate is gearing up to take a major step aimed at reining in Mr. Trump’s authority to inaugurate military action against Iran following a period of soaring tensions between Washington and Tehran.

In a procedural vote, lawmakers have voted 51-45 to advance a war powers resolution that requires the executive branch to end any military hostilities in Iran within 30 days and obtain express congressional approval to carry out further action. The Senate is expected to hold a formal vote on the bill Thursday.

Several Republicans broke with the president to support the resolution, although the total is far short of the two-thirds majority needed to override an expected Trump veto.