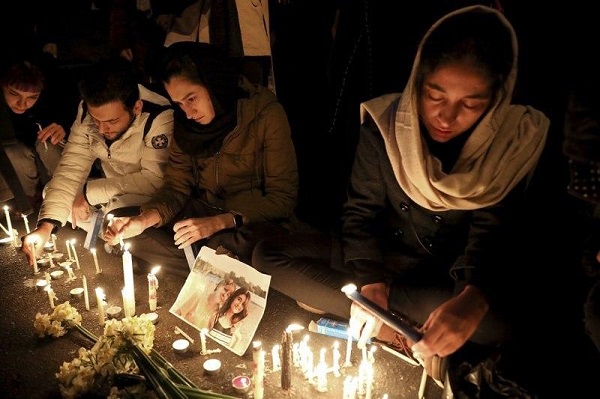 The foreign ministers of five countries that lost citizens in the downing of a Ukrainian passenger airliner in Iran last week have demanded that Tehran hold a “thorough, independent, and transparent” investigation into the tragedy.

The ministers from Afghanistan, Britain, Canada, Sweden, and Ukraine made the remarks in a joint statement issued after a meeting in London as they put pressure on Iran to give a full accounting of what happened to the Ukraine International Airlines (UIA) Boeing 737-800.

After initially denying it shot down the plane, killing all 176 people aboard, Tehran eventually admitted that its forces “unintentionally” struck the airliner with a missile after it said it veered toward a sensitive military site.

“The eyes of the international community are on Iran today. I think that Iran has a choice, and the world is watching,” said Foreign Minister Francois-Philippe Champagne of Canada, which lost 57 nationals in the disaster.

Champagne told reporters that the ministers “stand in solidarity and speak with one voice” for the victims and families.

“We are gathering the facts and hard evidence, using all of our networks including our overseas partners and working through our people on the ground in Iran, in order to put a full picture together and deliver the result we all need — justice, for the memory of victims of PS752,” Ukrainian Foreign Minister Vadym Prystayko tweeted.

The group of five nations, assembled by Canada, asked Tehran to conduct the process of identifying victims with dignity and transparency while respecting the wishes of families in regard to the return of the bodies.

Most of the victims on the flight that departed Tehran for Kyiv were Iranians or dual citizens, many of them students returning to studies abroad or families returning home after visiting relatives in Iran.