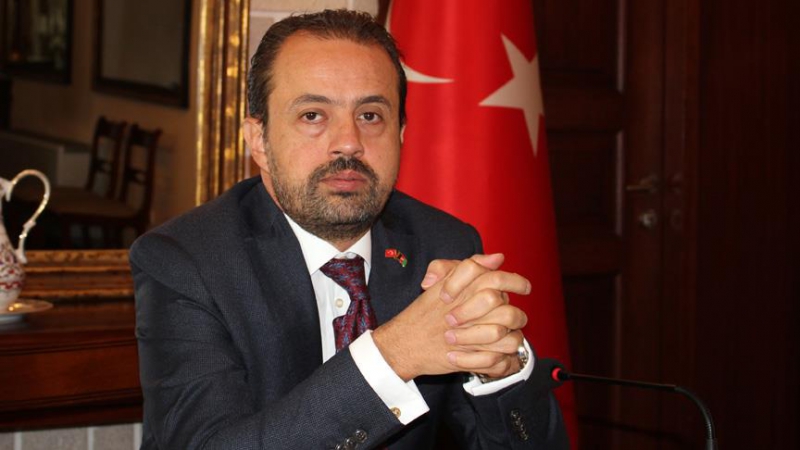 Today marks the centennial anniversary of the establishment of diplomatic relations between Turkey and Afghanistan. Ankara Government was officially recognized today by Afghanistan through the Treaty of Alliance signed on 1 March 1921. I use the term “Ankara Government”, because Turkey is founded in 1923, and in preceding years, Turkey was being ruled in practice by the Turkish Grand National Assembly under Ataturk’s leadership, which we call Parliamentary Government or Ankara Government.

In order to celebrate 1 March as the Turkish-Afghan Friendship Day every year, the two Ministries of Foreign Affairs have signed a Memorandum of Understanding in Istanbul on 24 December 2010.

It is a moral and historical obligation for both sides to teach the value and true meaning of this time-tested bond to new generations. Even though we enjoy the 100th anniversary of the establishment of diplomatic relations, this is not a relationship of only the last century. First traces of Turks date back to 2nd century BC when Saka (Iskit) Turks founded their state in northern Afghanistan. This was followed by another clan of Turks, Eftalites, founding their empire in the 5th century, which used to cover an area now called Balkh, Takhar, Kabul, Gazne, Zabul and Kandahar. Afghanistan has become one of the important settlements for Turks during Ghaznavids in 10th century, Seljuks in 11th century and Harzamshahs in 12th century. Following the Mongol invasion in 13th century, Turks have continued to settle in this geography in 16th and 17th centuries, this time under Babur Shah.

The interaction between Turks and Afghans continued in 18th century when Ahmad Shah Durrani exchanged letters with the then-Ottoman Sultan Mustapha the 3rd, as well as in late 19th century when Ottoman Sultan Abdulhameed dispatched a diplomatic mission to Afghanistan. In early 20th century, Habibullah Khan, upon the recommendation of Mahmoud Tarzi, invited Turkish advisers in every walk of life to Afghanistan. It should be no surprise that the first public hospital was established in 1913 by some of these advisers.

In late 1910s, Afghan students who used to study in Anatolia joined the Turkish War of Independence and were martyred. Afghan women also became the companion in misfortune of the Turkish nation by donating their valuables to the Turkish cause for independence. In 1920, one of the most influential leaders of the Ottoman Empire, Djemal Pasha, came to Kabul and stayed for one year for modernizing the Afghan Army. Ataturk, even tough he was engaged in the Turkish war of independence, did not hesitate to send numerous delegations to Afghanistan composed of doctors, military officers and teachers, at a time when our Afghan brothers and sisters needed our help most.

The wars for independence in late 1910s-early 1920s of the Turks and Afghans have brought hearts and minds of the two peoples much closer. They experienced similar sorrows and cheers in full solidarity. As Ghazi Amanullah Khan highlighted during a reception he hosted at Dilkusha Palace on October 10th, 1922 on the occasion of Turkey’s independence war victory, “Turks and Afghans are brothers. Turks’ joy is our joy; their sorrow is our sorrow.”

One of the first resolutions adopted by the Ankara Government related to opening a diplomatic mission in Kabul. Accordingly, a Turkish officer with Afghan origin, Mr. Abdurrahman Samadan, was appointed in 1920 as the Turkish representative to Afghanistan. The Turkish Embassy became the first diplomatic mission in Kabul. Turkey was the second country to recognize Afghanistan. Afghanistan also became the second country to recognize the Ankara Government.

On June 10, 1921 in Ankara, the Afghan Embassy in Ankara was inaugurated, and Atatürk himself raised the Afghan flag to the pole. Amanullah Khan became the first foreign head of state to visit Turkey in May 1928. Turkey also signed its first Technical Cooperation Agreement during this visit. Turkey’s close cooperation with Afghanistan continued till the start of the Second World War. The mid-section of the Afghan-Iran border was drawn up by a Turkish commission in 1934-45. When Ataturk passed away in 1938, Afghanistan was the only country to officially declare a mourning of one-week with flags half-mast.

After the Second World War, Turkey played a crucial role in Afghanistan in the establishment of modern state structures and public institutions in the fields of administration, military, culture, education and health. Turkey continued to dispatch teachers, physicians, military officers and experts in other fields till 1960s. Zaher Shah’s visit to Turkey on 26 August-8 September 1957 took place during those cherished times. As a concrete demonstration of support, Turkish Prime Minister Adnan Menderes visited Kabul on 26-30 July 1956, followed by a 10-day state visit of President Celal Bayar on 12-22 September 1958, which included Kabul, Kandahar, Helmand, Kunduz and Baglan.

The close cooperation continued till the Soviet invasion in 1979. After 1989, Turkey closely monitored the ensuing drama and strived to contribute to peace and stability efforts through its Embassy which kept open till 1996.

For the last 19 years, Turkey has restarted to train Afghan military and police officers with 5061 military and 9913 police officers trained so far. Today, Turkey has been providing the largest development assistance in its history mainly in the fields of education, infrastructure and health. Afghans are the biggest demander and recipient of Turkish scholarships. There are 21 Turkish schools and four education centers in eight provinces with 7080 students, and we plan to open new ones in new provinces. As part of our efforts to reach out to different parts of Afghanistan, we opened our second Consulate General in Herat in June 2020, and our preparations to open the third Consulate in Kandahar this year are ongoing.

Afghanistan has been suffering for the last four decades. Peace is long over-due. Following the start of the Afghan Peace Process on 12 September 2020, there is now a historic opportunity to achieve peace. However, we must not forget that the road to peace is long, and full of challenges. Besides, the ultimate aim should not be any peace, but a sustainable, enduring one. So, each side bears a historic responsibility not to miss this opportunity.

Turkey has always been advocating an Afghan-led and Afghan-owned peace process. In this regard, we are ready, as long as our help is needed, to support our Afghan brothers with a view to contributing to efforts for achieving a sustainable peace embraced by all segments of the Afghan society and by regional and international actors.

Ambassador of the Republic of Turkey