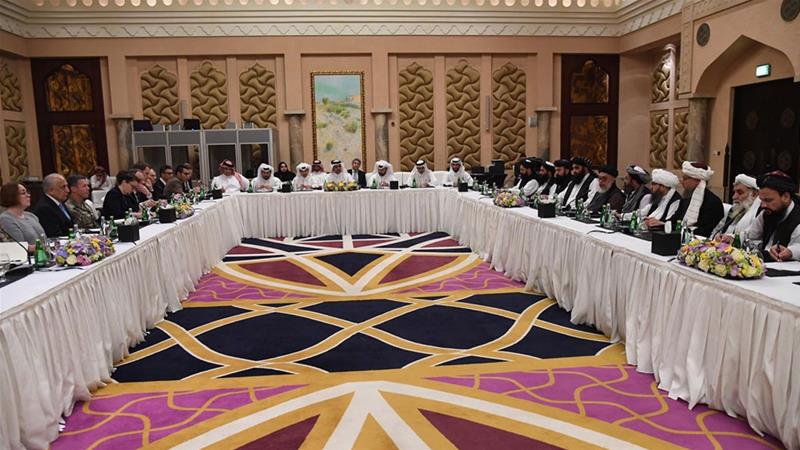 In the Midst of Fear and Hope, What Kind of Peace Do Afghan People Aspire to Witness?

People follow up US-Taliban peace talks in Qatar with excitement and concern at the same time. Upon hearing a small message that signals the progress in talks, people get filled with happiness. This is the meaning of people’s thirst for peace. But at the same time, the peace that makes the situation worse also instils fear in people of Afghanistan and there are many signs for this concern.

Taliban’s talks with the United States behind closed doors, the dispersion and stand of the Afghan government with politicians on the other hand, are the two problems that may bring Taliban domination back on people without guarantees that can ensure Taliban will not repeat their cruel rule. People do not have happy memories from Taliban regime and they have suffered a lot during their rule. This is the fear of the meaning of coming peace.

In the midst of this fear and hope, the United States must understand the concerns of the people. Although the Afghan people are aware that peace with the Taliban is a priority to the United States because of enormous cost US – Taliban war which continued for more than 18 years and also due to the upcoming US election.  The team in power in the United States partially has to have achievements in Afghan war, in order maintain the power after the next year’s election in the country.

Peace with the Taliban could be the biggest achievement of foreign policy of the team who is in power in the US. Completing talks with the Taliban could be a factor that would increase the chance of Donald Trump to win the upcoming election and besides that, peace talks with Taliban can provide a good campaign opportunity for him, that is to overcome the war which has been the nightmare of the American people. This is something that Barack Obama used during his second round of presidency.

Obama touched heart of American people by killing Bin Laden. The end of war which continued for 18 years will bring as much happiness for Americans as killing of Osama Ben Ladin’s did. Despite this, Afghan people expect the US to consider the concerns of people and try to bring about a glorified peace in Afghanistan.

Which kind of peace is right from people’s point of view?

A peace in which at least two issues should be considered. First – the red lines of people coming from different walks of life should be maintained. The women, youth, civil society organizations, media institutions, ethnic and religious minorities who are have suffered the most from the Taliban. Because Taliban’s political & social views or talks have nothing in common with these groups.

Women are considered “second class” in the Taliban culture. The darkest days of women’s destiny in Afghanistan’s contemporary history came into existence during Taliban regime. The youth did not have the freedom of choice at the time of the Taliban and even wearing clothes, growing short or long hair and individual freedoms of youth were defined by Taliban decrees. Civic institutions, media, and journalists were considered as nooks of atheism and the devil’s magic box.

The life of ethnic-religious minorities was also dark during Taliban role in Afghanistan. Ethnic, linguistic and religious minorities were widely beleaguered at the time of the Taliban. Therefore, a peace which does not pay attention to the red lines and achievements of these groups who accomplished all that with hard work and passion during one and half decades will be neither stable nor acceptable by the people of Afghanistan.

What is essential to the people is how the Afghan system plays a role in this process. If the role of the government in this process is equal to or even lesser than the Taliban, then this peace is undoubtedly neither in the interest of the people of Afghanistan, nor is it acceptable. The reasons for this is very clear. The Taliban’s expectation is the return of their Islamic Emirate.

To achieve this, they do everything.  During the days in which their leaders were engaged in peace talks, Taliban insurgents created horror in the heart of Kabul. From the perspective of conflict resolution studies, this process does not lead to the end of the war and lasting peace.

According to Yaqub Ebrahimi, a professor at Carleton University in Canada, “the experience of conflict resolution shows us that the best way of securing peace in vicarious war is to strengthen government authority and integrate insurgent groups through military and political pressure in structure of the government, not vice versa.”

The people of Afghanistan have changed over the past 18 years. However, it has not been at the ideal pace and scale in terms of respect for women’s rights, the recognition of civil and media institutions and the rights and freedoms of groups and minorities among the people and politics in Afghanistan.

Therefore, the narrow-mindedness of the Taliban will never be accepted, and this will lead to a new social tension. In a bigger picture, Taliban does not have an egalitarian a view of sharing power. Taliban is a totalitarian regime. Considering that, Taliban will not be able to easily get along with political-ethnic groups.

The outcome of this condition and under the structure of a fragile government and lack of security, a devastating wave will rise from Taliban and others which will put the country at the edge of another full-fledged war. Peace is said to be centered on the government, otherwise it will not be sustainable, that is what it means.

As regards to the Afghan people’s point of view, Taliban have the right to be involved in power as part people of Afghanistan, to live in society and among people; but the Taliban have no right to determine the fate of people outside the framework of democratic ideals. The United States- to whom Afghan people are grateful for, and for their unlimited contributions to Afghanistan- and the politicians and Afghan government should understand this necessity. Ignoring these two demands of people will benefit no one in the long run, otherwise, history will be repeated.

Jawed Maleki is a journalist and currently Executive Director of Herat-based the Afghanistan Media Research and Studies Institute.