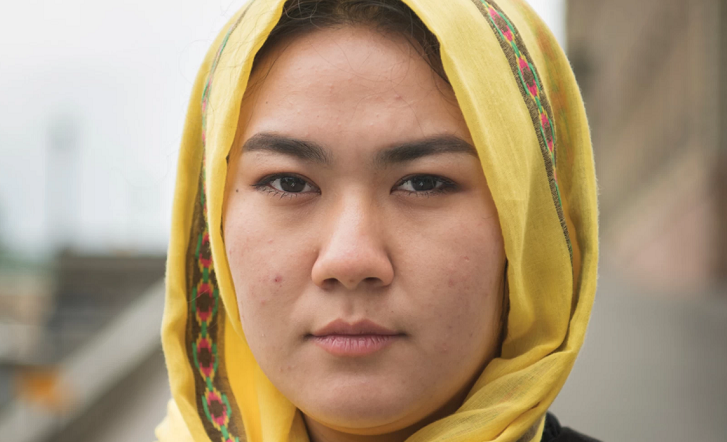 The deportations haven’t stopped, but 18-year-old Fatemeh Khavari made Sweden pay attention to their struggle.

One summer night last year, I received a phone call from a friend. His asylum application to remain in Sweden had just been rejected for a third time, and he was now scheduled to be deported to Afghanistan—a country he’d never even been to. He cried and told me he couldn’t take it anymore. That night, I couldn’t take it anymore, either. I was so angry with the Swedish government’s neglect of Afghan asylum seekers, I knew I needed to do something. I called up everyone I knew and asked them to join me for a sit-in in front of the Swedish parliament. At the time, I didn’t know that we would remain there in protest for 56 days.

Many years earlier, my parents fled from Afghanistan to Iran. Even though my siblings and I were born in Iran, we were considered illegal immigrants without rights. Second-class citizens. We lived under threat and couldn’t get any help from the government, or the police. I couldn’t go to school, but there was a mosque where some volunteers taught refugees like me how to read and write.

Life was hard. When I was eight or nine, my dad was deported to Afghanistan. We never heard from him again. As a 14-year-old, I provided for my family by publishing poems and drawings. I always wanted to be an artist—to tell my family’s story through images and words. I really felt like I wasn’t a part of Iran even though I was born there and I knew the language and the culture. Nobody ever told me, “This isn’t your country,” but I could feel it. 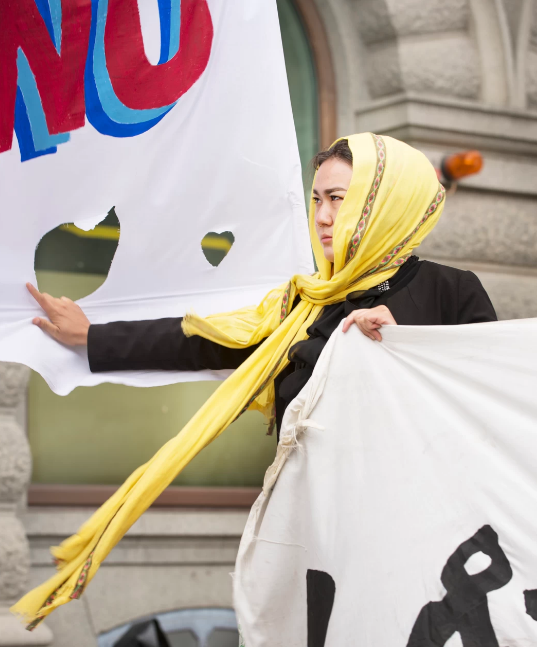 My brother Mostafa traveled to Sweden alone in 2013. He was allowed a residence permit with family reunion rights. Two years later, my siblings, my mother, and I followed him there. In one way I felt like I didn’t belong in this country either. But this time it was because of more superficial things—like my hijab. I didn’t have the same deeply rooted feeling of being an outcast that I had in Iran. Now I could go to a regular school, and I didn’t have to hide from the authorities.

Despite this sense of welcome, the Swedish government has been deporting Afghan refugees to a country many have never been to. (A good number, like me, were born in Iran.) In Afghanistan, where chaos and the Taliban reign and explosions are an everyday occurrence, there’s no future for young people like me. It was maddening to see the Swedish government deport my peers to this place.

Our protest began on August 6, 2017. That’s when our organisation of unaccompanied refugee children called Ung i Sverige [Young in Sweden] was founded. Our strategy was to make people curious, to make them come to us. We made a banner that said if you believe i have the right to a life, come sit with me. There are a lot of tourists in the area where we started our sit-in, and our sign was written in English so they would understand.

At first we were just ten people, but by the end of the first day there were 60 people camped out with us. We bought our own food, using whatever money we had. Soon, passersby brought us sandwiches and fruit, along with raincoats, warm clothes, and sleeping bags to endure the conditions.

On our third day in the square, we were attacked. About 15 people from the Nazi group Nordisk Ungdom [Nordic Youth] harassed us and threw smoke bombs. Five people in our group were injured and sent to the hospital. The police, who just the night before had refused to provide us protection, finally arrived and removed the Nazis, but no one was arrested.

Afterward, we got a lot of attention from the media. People had been filming and livestreaming the attack and its aftermath. I was standing in the square, screaming. I was exhausted from sleeping outdoors. I said that we wanted asylum, we didn’t have a country, it was humiliating to flee from war only to be attacked again. Soon, loads of people who had seen the videos arrived to show their support.

The police now sought to protect us by moving us to Medborgarplatsen, a massive square in the district of Södermalm. The square in front of the government was too open, they said, and it would be too hard for the police to keep us safe. A car could easily drive into a group of people. On Medborgarplatsen cars couldn’t get in, and there was a large set of stairs where we could sit. More than 1,000 people marched to Medborgarplatsen together the next day. I was still scared, but I was overjoyed at all the support and how our group had grown. 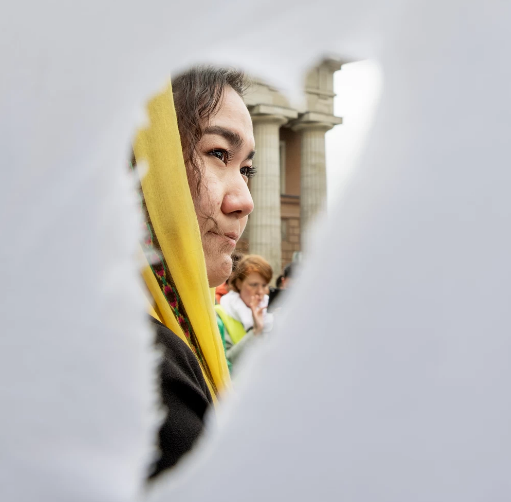 On Medborgarplatsen we broadcasted live on our Facebook page every day, showing our work. People came from all over the country to be with us. There was one Swedish family who stayed with us for seven days, sleeping outdoors, instead of taking a planned vacation to Brazil.

We had a small outdoor kitchen set up. There was a library nearby where we borrowed books for the youth, and we handed out pens and paper to those who wanted to draw. In the evenings when many people went home, all of us who slept outdoors sat down and shared our life stories and hardships with each other.

In the second week of our protest, on August 19, a far-right Facebook group organised a counterprotest nearby, which was supported by the extremist political party the Sweden Democrats. We responded by gathering more than 1,000 people on Medborgarplatsen—many of us asylum seekers, the rest Swedish citizens supporting us. We made signs with red hearts on white backgrounds. We were so happy for all the support. The racists, who were only a hundred people, barely got any attention.

Almost two months after we sat down outside parliament, the strike came to an end. The deportations haven’t stopped, but we had made Sweden pay attention to our struggle. This summer, Elin Ersson, a Swedish university student who’s been actively helping refugees, managed to stop a deportation by refusing to sit down on a plane carrying a man being escorted to Afghanistan. She is one of many people in Sweden taking the matter into their own hands, and her story captured international attention.

In June this year, the Swedish parliament passed a law that was supposed to allow 9,000 of the young refugees to stay. We were hopeful, but the courts refused to recognise the validity of the law. The intentions with the bill were good, but it’s simply not enough.

Right now, there are still youths facing deportation. If they get to stay in Sweden, they can keep seeing their classmates and play soccer with their friends. If we deport them to Afghanistan, many could become members of the Taliban, because unfortunately that’s the easiest way to survive. Sweden will feed the war and create the next big wave of refugees.

I think that if we want world peace, we need to start right here, right now. If today we give love to those brought up in hate, we will create the future that we all deserve.

This piece is picked  from Vice Magazine. The views and opinions expressed in this piece are those of the authors and do not necessarily reflect the Reporterly.