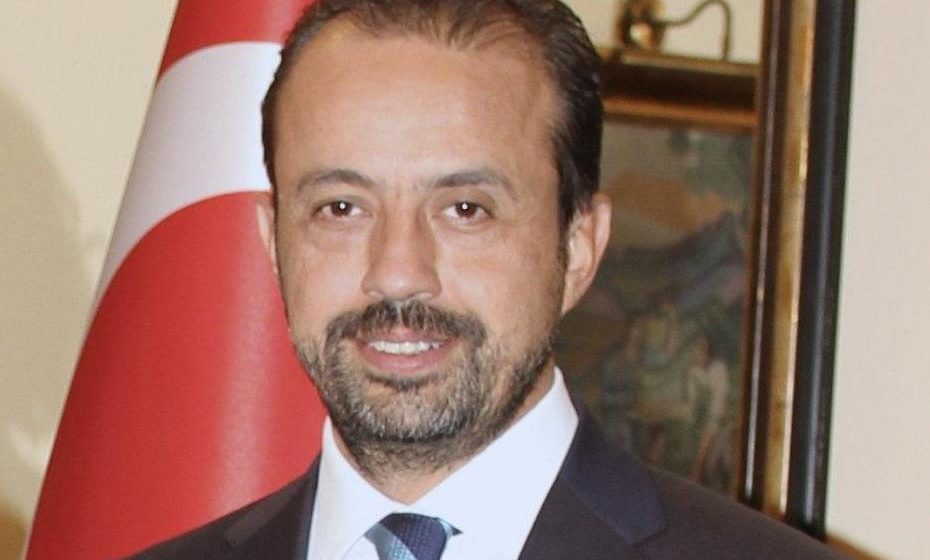 It all started under the disguise of a charitable education effort. They presented themselves as a benign education movement, when they started the campaign of establishing schools in Turkey and later around the world, including Afghanistan. However, this was indeed the first step of an infiltration campaign where kids and their parents were recruited with the seemingly innocent promise of a better education and a good job.

It has become obvious years later that for decades, Fetullah Gülen had directed his followers to infiltrate all critical state organs, first and foremost the police, the judiciary and the armed forces.

On July 15, 2016, the treasonous putschists in the Turkish military misguided by him tried to overthrow the democratically elected government and did not hesitate to target democratic institutions of Turkey. Fetullah Gülen’s Terrorist Organization (FETÖ) attacked the Presidency compound and bombarded the Turkish Parliament while the MPs were in session, along with its attempt to assassinate the President. The terrorists violently raided the headquarters of free media, which never ceased to air calls for defending democracy under such a circumstance.

Millions of Turkish citizens set aside their political differences to form a unified front against the plotters, who tried to suspend the constitution and shot at innocent civilians. United, the Turkish people refused to allow an armed group to rob them of democracy, liberty and their way of life. In thwarting this assault, 251 citizens lost their lives and more than 2,000 were injured.

July 15 was a stark revelation of the existential threat that targeted the very foundations of the Turkish state. It was the worst act of terror in the history of the Republic.

July 15 was also a trial of strength and perseverance for the Turkish democracy and the State. All political parties, both in government and in opposition, the uninfected elements of the Armed Forces, the Police and the media stood up against the putschists. Above all, the Turkish people from all backgrounds and political views resisted and displayed a historic example of solidarity as they stood selflessly in front of the tanks and reclaimed their democratic rights.

Indeed, the Turkish Government had already taken action against this cultish organization and its financial resources before July 15. The decision to shut down prep-schools was a huge blow against this structure, since these schools were the main recruitment centers and a major financial source for FETÖ. It was followed by a series of administrative and judicial investigations into the criminal aspects of the organization, including their large-scale cheatings at the admission tests for public institutions, illegal wiretappings, money laundering operations, and many others. The police and the judiciary also had taken measures to discharge FETÖ members from their official positions. In short, FETÖ was about to lose its power in Turkey.

Attempting to capture the state on July 15, 2016 was their last chance to survive.

FETÖ is not a benign civic education movement as some circles including a few Afghans try hard to portray. It would be a huge mischaracterization to think of Gülen merely as a peaceful Islamic scholar and preacher.

We are faced with a global enterprise, with global aspirations of power and dominance. FETÖ used to function in more than 150 countries around the world, through schools, NGOs, lobbyists, media outlets and companies, including Afghanistan. What happened in Turkey four years ago today is a reminder of what this clandestine organization may be capable of in countries it operates.

FETÖ used to run 12 schools and three study centers in Afghanistan before the coup attempt. They were able to cover their heinous goals and to finance their activities. Revenues from these schools were illegally transferred outside Afghanistan, and not a single Afghani was invested.

Following the signature in February 2018 of the Memorandum of Understanding between Education Ministries of Afghanistan and Turkey, 15 FETÖ-linked schools and study centers have been transferred to Turkish Maarif Foundation (TMF). Since then, Turkey overhauled the infrastructure of all school facilities we took over in Herat, Jalalabad, Sheberghan, Mazar-i-Sharif, Kandahar and Kabul. We have opened four additional schools and three study centers in Kabul, Kandahar, Mazar-i-Sharif and Herat.

As a historical brother and a true friend of Afghanistan, we place particular emphasis to the education of the children of martyrs who paid the ultimate sacrifice in defending their country. We also provide scholarships for these children. Scholarships are also available for the students who graduate with remarkable grades. Discounts are made on tuitions fees to reach out to Afghan children from different parts of Afghanistan.

As students and their parents have been witnessing the increased quality of the education and sharing their positive feedbacks with the Afghan authorities and public, we have started to receive demands to enhance our engagement with Afghanistan in the education sector. As a result, we agreed to work in tandem with the Afghan Ministry of Education to bolster the national education strategy. TMF provided online courses for the Ministry of Education, since the early days of Covid-19 pandemic. We also contributed medical supplies for the people of Afghanistan in line with our brotherhood. We transformed the education network created by FETÖ from a random business model based on customer-client relationship to a sustainable model in which all revenue will be re-invested to strengthen the Afghan education system.

In critical times like July 15, a friend in need is a true friend indeed. We highly appreciate and are grateful for the support given by our Afghan brothers’ and sisters’ on that day. We have overcome the coup attempt together. Afghan people’s solidarity on that day was another monumental moment in the joint history of two countries.

We are committed to demonstrate our gratitude by providing every support in our capacity to Afghan people, as long as it is needed. We are also thankful for the support provided by the Afghan authorities in this fight against FETÖ. A handful of Afghans who give guidance, and help the FETÖ elements in Afghanistan should realize that their effort is in vain, and they will not be able to poison this time-tested, privileged relationship between the two brotherly nations.