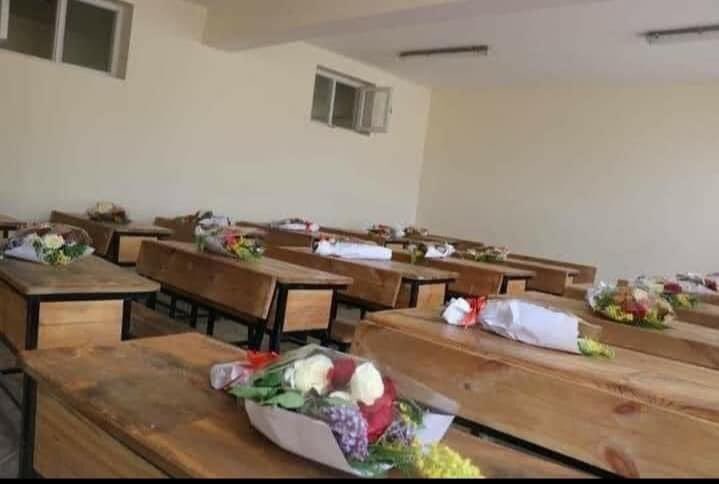 The security situation in Afghanistan has always been fragile and there is not a single ethnic group or community in the country which has been left unscathed from the raging violence and terrorist attacks- from religious scholars and youths, to women and children – all have been victims of the senseless and brutal attacks, on a daily basis. In no simple terms, all Afghans are victims of the barbarity and incompetence of the government leadership. However, there is a particular ethnic group which has been consistently harmed in a meticulously planned strategy- the Hazaras. Members of this ethnic group are being targeted due to their ethnic and religious affiliation, but the pertinent question is that why have such organized attacks against Hazara children, women, students and civilians increased over time? What are the iniquitous objectives behind this systematic conspiracy against the Hazaras and what immediate and long-term solutions can we take to thwart this conspiracy? I’ve tried to answer these questions through this article.

Hazaras and Shiites have, since time immemorial, been a symbol of enlightenment, peaceful coexistence and generational change, as well-informed citizens of Afghanistan. Despite having always been on the receiving end of step-motherly treatment from the government in power, our Hazara compatriots have tried, particularly during the recent years, to create a common understanding for the shared pain of the Afghan people. My understanding and learned observation through years of being in the power corridors, has brought to light these following objectives that may be the likely cause of the targeted, organized attacks by terrorists against the Hazaras/Shiites.

1. Before the Zabul tragedy that occurred in autumn of 1394 (solar year), the National Directorate of Security (NDS) obtained authentic documents which disclosed the ISI’s plan to launch religious and sectarian conflicts in the country. If we assess the systematic attacks against the Hazara community over the past six years, it is easy to spot that the timeline for the violence started with the Zabul tragedy, which the IS-K claimed responsibility for. Following the abduction and brutal beheading of civilian Hazara hostages in Zabul, the mapped-out conspiracy of systematic attacks intensified against the Hazaras. I disclosed irrefutable documents regarding the matter years ago, which I again reiterate through this article.

2. According to popular opinion, there is not an iota of doubt that Hazaras have been the pioneers for social change, knowledge and honoring human and women’s rights. On the other hand, the irreconcilable hatred and hostility of terrorists and their supporters towards progress and development in Afghanistan is also an open secret. Terrorists hate and resent the Hazaras’ pioneering role in education, social development, and commitment to modern values. How can terrorists accept, for instance to deprive children from a part of Ghazni province, of their most basic and Islamic right to get an education, whilst the people in the other part of the very same province build schools and pay teachers and promote cultural development? Terrorists and their supporters hate the progress of our country and new generation, and intend to deprive the Hazaras, like a large part of the Afghan people, of education and social change, civilization, and modern human values.

3. One of the most militarily strategic objectives of the Taliban and other terrorists is to open the shortest passage and corridor from the south to the north of the country. Such groups have identified the Zabul route, crossing Hazara-populated parts of Ghazni, Ghor and Daykundi provinces, as the shortest corridor connecting the south to the north. Over the past years, we have witnessed Taliban’s repeated attacks or attempts to capture such strategic areas like Qarabagh, Jaghori, Malistan (Ghazni province), Lal wa Sarjangal (Ghor province) and Pato districts (Daykundi province), in order to open this corridor. However, they have repeatedly faced defeat and failed to achieve their strategic objective. This failure has left the Taliban no other option but to take up an alternative strategy, which includes weakening the social and psychological morale of local residents. Targeted attacks against Hazaras in Kabul could weaken the morale of Hazaras living along the Taliban’s strategic corridor in Ghazni, Ghor and Daykundi. Attacks against educational process and growth of Hazara children, as the most strategic and fundamental concern and social objective of this ethnic group, are conducted to weaken the general spirit of this ethnic group and achieve the ultimate objective, that is to facilitate the opening of a corridor between south and north. Unsuccessful discussions have been held with the political leaders and local elders of Hazara people about the issue.

4. Another objective which cannot be ignored is a possible conspiracy to draw Hazaras from the path of education towards the battlefield. The repeated, targeted attacks against the Hazaras have a single point agenda, i.e., to make the ethnic group believe that while on the one hand the government lacks the power and will to protect the community, and their political leaders are immersed in individual power deals, on the other hand, the youth, children, students and civilians are being slaughtered from unidentified and secret addresses under the name of Taliban and IS-K. Therefore, the community should take up arms to protect themselves, and organize military attacks against those suspected of terrorist attacks. Obviously, these measures will create grounds for ruptures, explosions and social crisis in the fabric that binds Afghanistan together as a country. I think that terrorists would notice the cracks to follow such objectives. Therefore, I believe that one of the objectives behind the systematic attacks against Hazaras is to distract and mobilize the most literate members of the community from education towards the battlefield, as the 3rd and 4th factions of the ongoing war and violence. The terrorist groups will then achieve multiple goals -a) the progress and development of Hazara community will halt and b) the trained Fatemiyoun fighters will be mobilized, strengthened and activated.

However, even though such objectives are clear conclusions from a study of the systematic attacks, and even if, one or more of these conspiracies is true, we, as a people, have to remember that no one will succeed in eliminating or suppressing the civilized new generation of Hazaras or any other ethnic groups. No matter how herculean the task to foil these conspiracies is, I believe there are immediate/short-term and strategic/long-term solutions to it, which the Afghan government must implement as soon as possible.

1. The structure of the police administration and NDS across PDs 5, 6, 13, 18 and 3 of Kabul city should be immediately doubled temporarily for at least one year, using the capacity of inactive, non-operational strike bases and offices. The new and temporary structure of the police and NDS should be formed in these PDs within operative and strike groups, as soon as possible.

2. Immediate recruitment of 500-1,000 motivated and committed youth from each PD, guaranteed by county representatives, mosque imams, local and ethnic elders between the security agencies and local capacities, within the framework of a joint security strategy. After a minimum four-day security training, the recruits should be deployed in operational and reporting areas, armed with only small arms (as necessary according to the vulnerability of the areas), a phone and payments. In coordination with the local people and operational groups, the recruits should be connected via a coherent network with regular communication, reporting any suspicious person or activity, to prevent a tragedy.

3. The total cost of these projects does not exceed $1 million USD on a monthly basis, whilst according to Acting Finance Minister, at least $8 million USD is embezzled at Afghanistan’s customs on a daily basis. So, financially the options are viable.

4. The Islamic Brotherhood Council of Sunni and Shiite Ulema should be mobilized as soon as possible, to thwart these conspiracies in a coherent and organized manner, through developing and implementing specific policies. Media, and friendly and cooperative associations should be established from Sunni and Hazara ethnic groups to promote unity-oriented programs.

5. With the success of this project, it can be implemented across vulnerable areas of Kabul city and other major cities. The Taliban and other terrorist groups are completing the siege of a number of major cities and want to create problems for the public in cities. They have forced villagers into coercion for spreading propaganda.

Next in line comes the strategic solution to this persisting problem which is fair participation in power to prevent division/collapse of the territory.

Despite attempts and conspiracies by terrorists to cause sectarian conflict since the Zabul tragedy, the patriotism and vigilance of Shiite and Hazara compatriots have prevented this dangerous aspiration from gaining fruition in Afghanistan. The vigilance and patriotism of Shiite and Hazara compatriots have saved Afghanistan from the dangers of a sectarian conflict at least until now, whilst the government leadership and the absolute majority of political leaders have been busy in insignificant power-sharing deals. The reason for our political leaders’ tussle over power is that countries, supporting these leaders, have yet to agree upon a power-sharing agreement or the virtual or real division of Afghanistan territory. Undoubtedly, political leaders, the government leadership and Taliban leaders have, knowingly or unknowingly, fallen into the trap of foreign conspiracy, to drag Afghanistan into crisis.

To prevent a civil war (ethnic and sectarian) and halt the ultimate division of Afghanistan, all political factions must accept a just participation in the power corridors- from the Palace to the cost of resistance and sacrifices on the battlefield, and avoid the bloody, tragic and full-scale civil war. If the historical dispute over just participation in the power structure and decision-making bodies is not resolved amongst various factions, the outbreak of sectarian civil war and attempts to divide and split Afghanistan into pieces, for which foreign enemies have tried, will be inevitable.

My dear compatriots know that I’ve never, since my resignation, resorted to illegitimate and destructive ethnic and tribal politics. I have always shared the facts, dangers, conspiracies and solutions with my suffering compatriots, without any fear. Additionally, I’ve, alongside my friends and colleagues, competed through legal and reasonable paths, but my national voice and narrative was not heard amongst the ugly, populist, ethnic-based and economic-oriented narratives, and the narrative of bomb and suicide attacks. Unfortunately, the thirst for seeking power through improper and illegitimate methods has had the upper hand over the years.

I identify myself as a patriotic citizen and devoted soldier, and it’s very difficult and bitter to speak about possibilities and dangers of the division of our motherland, Afghanistan, however, unfortunately, this is the reality. Evading the reality, despite its bitterness and difficulty, is the wrong choice. To thwart conspiracies and threats, one must face the bitter reality and find a solution to prevent the threat and tragedy.

Let no faction, country, ethnicity, religion, Taliban, leader or government leadership, knowingly or unknowingly, lead us towards a bloody proxy war. We must be vigilant and careful that major conspiracies have been plotted to destroy our land. If we are not vigilant, our nightmares will come true. Afghanistan has only two choices – a just and lasting participation in power and decision-making process, or move towards a bloody civil and sectarian war, that God forbid, will get us closer to the division of Afghanistan, which is the dream of enemies of Afghanistan.

But what really matters is what our choice will be.

(Rahmatullah Nabil is a seasoned Afghan politician, who served as the Head of the National Directorate of Security for many years. Mr. Nabil has distinguished experience of working in the power corridors in Kabul as Deputy National Security Advisor, head of PPS and even UNHCR.)

All views expressed in this article solely belong to the author. The article does not represent Reporterly or any of its employees’ editorial stance.