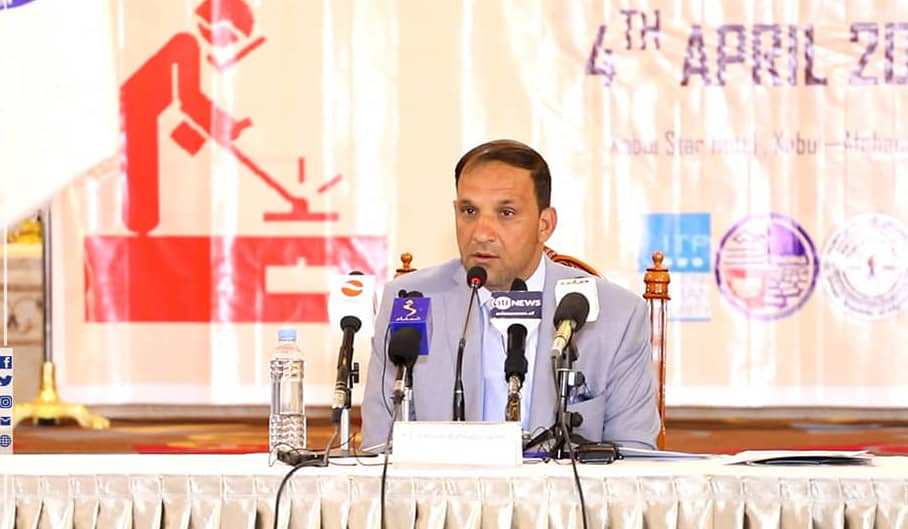 1,580 Killed And Wounded In Afghanistan Due To Mine Explosions in 2020

Kabul: At least 1,580 people have been killed and wounded due to mine explosions in 2020, said officials of the Ministry of National Disaster Management Authority on International Mine Awareness Day on Sunday (April 4).

The figure portrays the number of civilian casualties caused due to the explosion of landmines.

Gholam-Bahauddin Jilani, State Minister for National Disaster Management, said at a ceremony marking the International Mine Awareness Day, that about 3,200 kilometers of the country had been cleared of unexploded IEDs and ammunition. However, 1,600 square kilometers are still contaminated with mines, he added.

Jilani said that the demining program is the government’s priority and said that funds had been allocated to it last year to be used to clear areas contaminated with mines.

Meanwhile, the UK embassy in Kabul also said that 1.6m Afghans got mine risk education and over 30km2 of productive land had been cleared of mines and UXOs in the last three years with the support of UNMAS by the UK.

The German embassy to Afghanistan also tweeted on Sunday almost €12MM had been provided for mine action, stockpile management and victim assistance by Germany in 2020.

US Deputy Chief of Mission (DCM) Ian McCary said that Afghanistan still suffers from extreme levels of contamination from landmines, unexploded ordinance, and other remnants of war, at a meet hosted by State Minister for Disaster Management and Humanitarian Affairs on International Mine Awareness Day.

DCM McCary added that such hazards cause life and economic loses and that the US has led the international donor community to fund programs to address humanitarian hazards from landmines and will further work to reduce such losses.