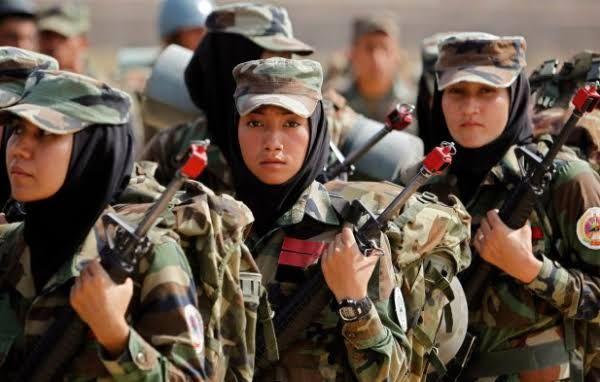 The Afghan National Defence and Security Forces (ANDSF) saw a 16% increase in the number of women in the force this year, when compared to the last quarter of 2019.

As of Jan. 26, 2020, there were 5,270 female personnel, including 433 civilians, according to the first quarter report of the Special Inspector General for Afghanistan Reconstruction (SIGAR).

There are an additional 29 female cadets enrolled at the National Military Academy and 15 at the Kabul Medical University.

There have also been advances in gender relations in the Triples, the elite Afghan police unit, General Command of Police Special Units. They trained 30 women during a non-commissioned officer course and held another training for a female Special Weapons and Tactics (SWAT) course.

The Triples are also expanding their facilities for women and have approved construction of facilities worth $4.2 million to be completed in 2022.

Misuse of the force

While overall misuse of the Afghan Special Security Forces declined this quarter, a total of around 20% of the Army’s Special Operations Corps (Special Ops) commandos are still being misused.

Misuse occurs when the Ministry of Defence or Interior order the forces to conduction operations that are more appropriate for more conventional forces. This can include special forces manning checkpoints, providing personal security for politicians or holding terrain.

The SIGAR report found that over 1,200 of Special Ops commandos were manning checkpoints instead of conducting offensive operations. An additional 2,500 were serving in other inappropriate roles.

These accounted for at least 3,700 Special Ops commandoes to be misused.

The report encouraged the Afghan ministries to use ‘concept of employment’ documents that outline the intended roles of all the forces.