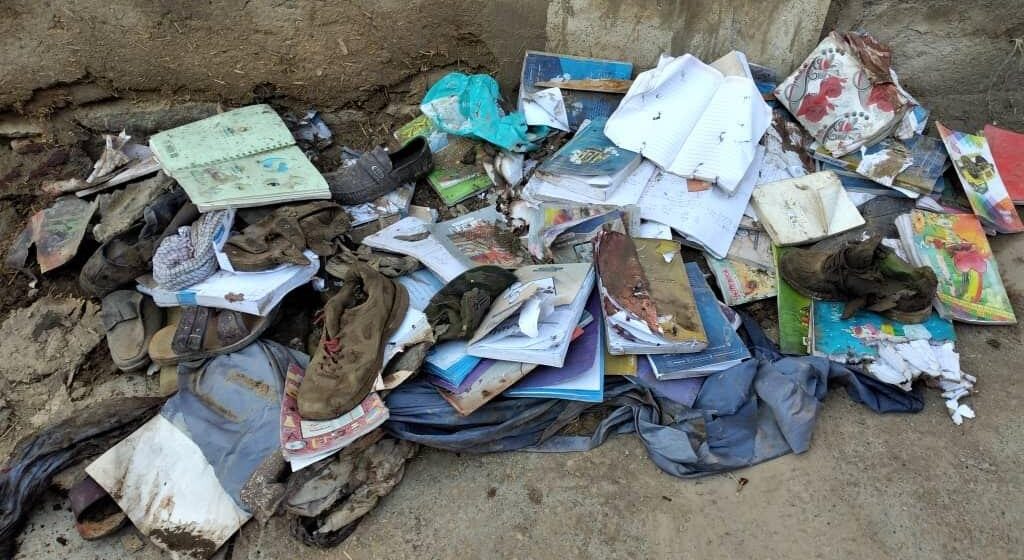 President Ashraf Ghani “vehemently” condemned the Islamic State-claimed suicide bombing at an education centre in Kabul’s Dasht-e-Barchi which has killed at least 24 people, including teenage students, and wounded 57 others.

The Ministry of Interior (MoI) said that security guards were able to identify the bomber and he detonated before reaching his target which was the Kowsar-e Danesh tuition centre in Pul-e-Khoshk area on Saturday evening.

A similar explosion had happened in Dasht-e-Barchi in August 2018, when IS-K claimed responsibility for killing 48 people and injuring 67 in a suicide attack at the Mowud Education Centre.

An official statement by the Presidential Palace, referring to the terrorist attacks across Afghanistan, called them “counter to the Islamic values and principles of humanity.”

The Afghan government also underscored that the Peace consultative Loya Jirga approved the release of 6,100 Taliban prisoners, and in spite of the frequent calls on the Taliban to end the war and bloodshed, they had still continued to escalate the violence and protract their “illegitimate war.”

Abdullah Abdullah, chairman of the High Council for National Reconciliation, condemned the “cowardly” suicide attack and called it inhuman and against Islamic values. “Targeting innocent people and terrorising the population is not the solution to the country’s issues,” he said.

Shaharzad Akbar, chairperson of the Afghanistan Independent Human Rights Commission (AIHRC), said that this incident “drains every last ounce of energy and hope” after a week of violence across the nation.

Ross Wilson, Chargé d’Affaires of the U.S. Embassy, said that Afghans want a peaceful future and reject the violence. “Americans stand with them,” he wrote on Twitter.

The United Nations Assistance Mission in Afghanistan (UNAMA) said those responsible must be held to account and called the attack a “callous and senseless war crime.”

“This has been a deadly weekend for schoolchildren in Afghanistan,” UNICEF Executive Director Henrietta Fore said in a statement as she called such attacks a grave violation of children’s rights.

“Schools must be places of safety and learning, and not death traps.”

Pakistan’s Foreign Ministry in its statement said that they condemned the “inhuman terrorist attacks” and reiterated that they will continue to support a peaceful and stable Afghanistan.

The attack happened amidst a sharp increase in violence across Afghanistan as at least nine people, including eight civilians, were killed in roadside bombings in Ghazni while six security personnel who were guarding the Kamal Khan dam in Nimruz province were killed by the Taliban.