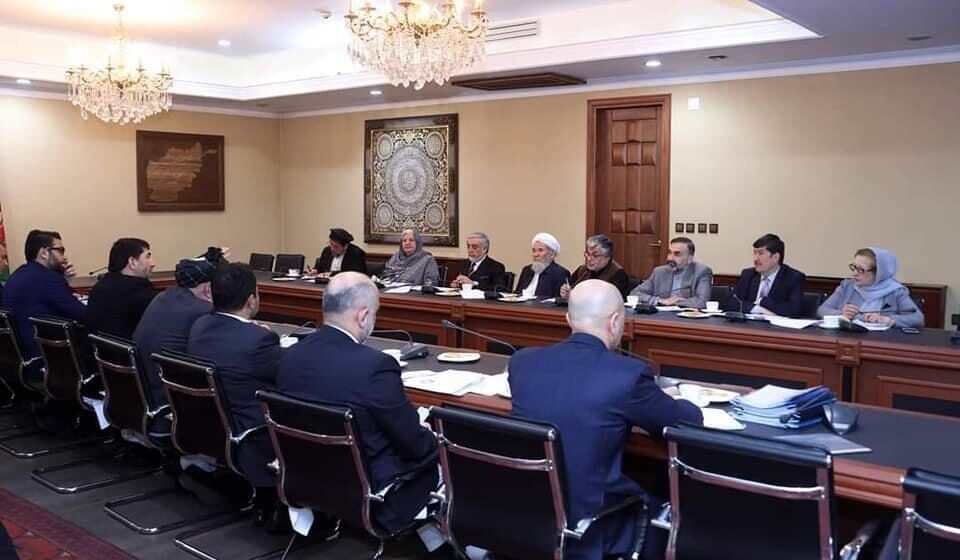 Kabul: With the Istanbul peace summit round the corner, the High Council for National Reconciliation (HCNR) announced that a meeting for drafting and unification of the peace plan was held on Sunday.

At least, 25 political parties and members of the leadership committee of HCNR have submitted 30 peace plans to the drafting and unification committee so far, as per HCNR’s statement.

The meeting, chaired by former vice-president Younis Qanuni, examined the draft peace plans of political parties, members of the leadership committee of the HCNR, civil society organizations and citizens of the country.

According to HCNR, Afghanistan is expected to participate in the next peace meeting in Turkey with a unified plan.

The council stressed that ceasefire and complete and permanent end to the war, values of human rights and fundamental rights of citizens, equitable participation in the power and structure of the political system are some of the agendas listed in the plans.

Meanwhile, there are reports that the Istanbul Summit on the Afghan peace process will be held in Turkey on April 16 and the meeting will last for ten days. With the May 1 deadline for withdrawal of foreign troops from Afghanistan round the corner, sources aware of the developments, emphasize that “time is running out”.

According to the reports, Zalmay Khalilzad, the US Special Representative for Afghanistan, arrived in Kabul on Sunday and met leaders of the Afghan government to discuss the Summit.