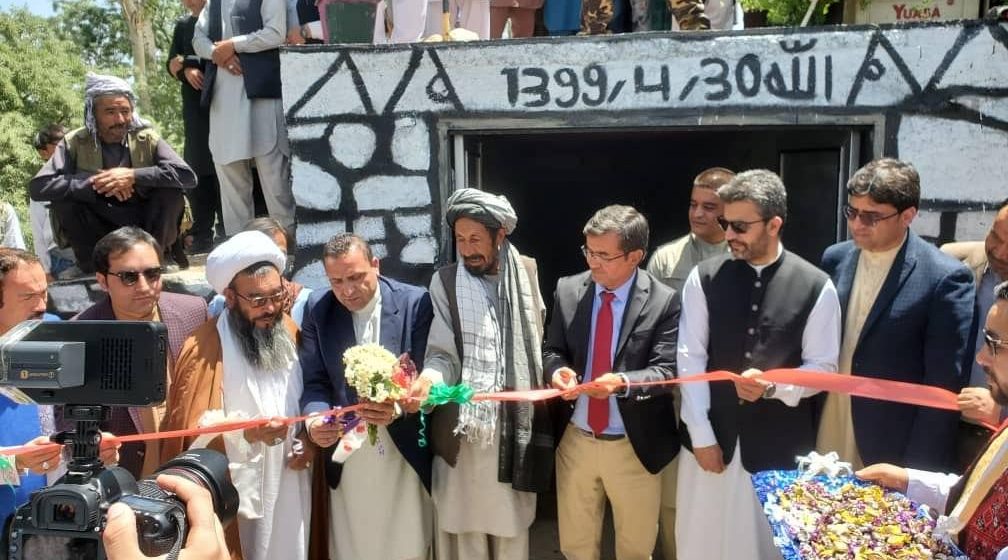 The Ministry of Agriculture celebrated the 4th Potato Blossom Festival in Bamyan on Sunday, and inaugurated 95 potato reserves.

The event was attended by the new Bamyan Governor Sayed Anwar Rahmati, who said the even was held at a smaller scale to prevent the spread of COVID-19. He also called on the importance of potatoes to the province’s livelihood and economy.

Heshmatollah Ghafouri, Deputy Minister of Irrigation and Natural Resources at the Minnistry of Agriculture, said the festival marked the importance of potatoes and food security in the region. It also served as the biggest marketing event for Bamyan potatoes.

He called Bamyan potatoes the best in terms of quality and quantity, with over 300,000 metric tons of potatoes being produced in the province per year.

“Every year in the winter, due to the lack of storage, we face a shortage of potatoes in the market,” the deputy minister said. “Potato production needs to increase from 300,000 tons to more than 400,000 tons, and at the same time there needs to be more storage.”

He called on the private sector to invest in the processing of potatoes and other products in Bamyan, and said the Ministry of Agriculture was ready to provide 50% financial assistance to investors.

Construction of cold storages in Bamyan

Ghafouri announced that construction of a 1,500-tonne cold storage facility for fruits and vegetables in Bamyan will begin next year.

He added that unions are being set up in vegetable, dairy, cereal, grain and fruit sectors in the country to provide food for the Afghan security and defence forces.

The Ministry of Agriculture has provided a budget of 557 million AFN and efforts are being made to construct another 100 potato reserves for Bamyan.

While potatoes are grown and produced in most parts of Bamyan, the areas in the centre and Yakawlang and Shibar are the major potato producing districts.

According to statistics, about 50,000 farmers cultivate and produce potatoes in the province, and Bamyan alone produces more than the total share of all other Afghan provinces.