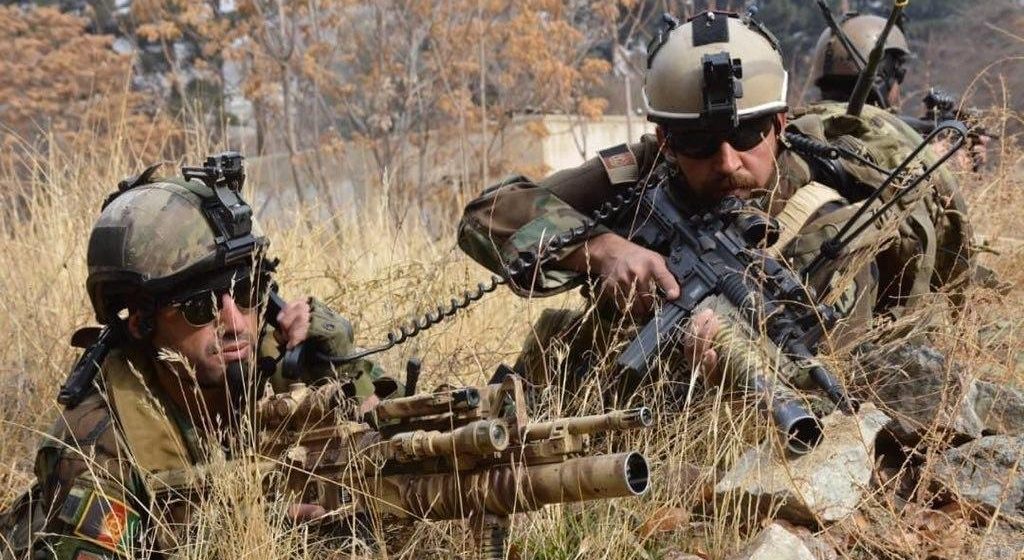 60 People Killed In Conflict In Past 24 Hours

At least 27 security personnel and 36 Taliban fighters were killed in conflict across five provinces in the past 24 hours. The Taliban attacks come amid peace efforts and international calls for a ceasefire in Afghanistan.

The largest casualties were reported from Nangarhar, as the provincial governor’s spokesperson Attaullah Khogyani said that at least 20 Afghan security forces, including People’s Uprising Forces, were killed and 15 were wounded by the Taliban in overnight attacks in Khogyani, Hisarak and Sherzad districts.

He added that around 29 Taliban fighters, including a local commander, were also killed while 20 others were wounded in the clashes.

The Ministry of Interior said that the Afghan National Police special forces discovered a munition cache during an operation in the Muhammad Agha district of Logar and killed five “terrorists.”

In Herat province, at least four Afghan security forces were killed in a Taliban car bomb at a checkpoint in Shindand district on Wednesday night, local sources said.

Other media sources gave the casualty figures from six to 10 security fatalities.

Zargi Ebadi, spokesperson for Uruzgan governor’s office, said 3 People’s Uprising Forces, a commander and his two sons, were killed, along with the district governor’s bodyguard and the commander’s wife, in a Taliban attack in Gezab district at 1:30 a.m. on Thursday.

Some Taliban fighters were also killed but their exact numbers were not known, Ebadi added.

No possibility of a ceasefire before talks

The Taliban’s political office spokesperson, Naeem Wardak said during a televised interview, that the group would not agree to a ceasefire until the peace negotiators discuss the main cause of the war.

“Suppose, if we announce a ceasefire today, but then we fail to reach an agreement at the negotiating table tomorrow, do we go toward the war again? What does this mean?” he said.

Wardak claimed that the Taliban had reduced their level of violence with the start of the talks and blamed the Afghan government for being on the offensive.

“It does not make sense to end 20 years of war in one hour. In our perspective, it will be logical to discuss the main aspects of the problems and the war and then finalize a ceasefire so that the problem is resolved permanently,” he said.

However, acting Defence Minister Asadullah Khalid said that while violence had increased since the start of the peace talks, the Afghan security forces have not launched an offensive attack.