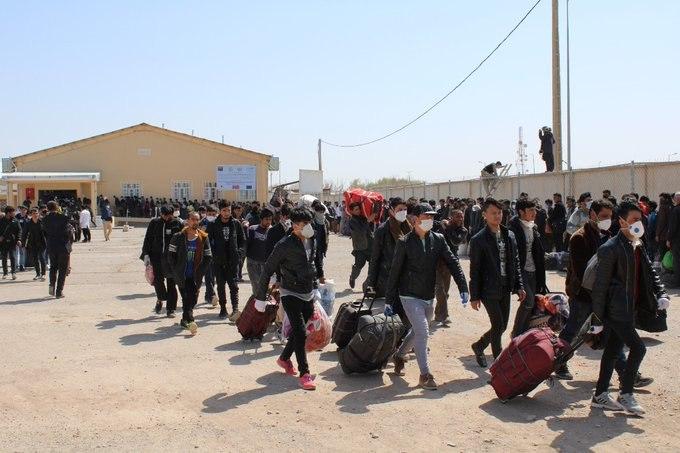 Among the Afghan returnees from Iran, Pakistan and Turkey, almost all had heard about COVID-19, but a majority said they were unable to practice social distancing and were concerned about contracting the virus.

Mixed Migration Centre Asia, conducted 463 interviews with Afghan returnees who had come back within the last 12 months till June, with 65% having returned after the COVID-19 outbreak, mostly from Iran.

While almost all respondents, 97%, reported that they had heard about Coronavirus and showed a high level of awareness about its symptoms, there were only 17% who were able to identify that there may be asymptomatic cases also.

This showed that while there are high levels of awareness about the virus, an information or knowledge gap exists about asymptomatic transmissions.

The respondents also said physical distancing was a challenge, particularly because there were 55% of them living in temporary accommodations such as hostels or camps.

There were 79% of those interviewed who were concerned about contracting the virus and its impact on their health.

“Most of those who get sick with the virus try to treat themselves at home. There is no hope to go to hospital, as even those who are not sick will get infected there,” said a 25 year-old returnee from Turkey.

Information gaps were noted as one of the several barriers to accessing healthcare. While 64% of the respondents said they had access to healthcare, the remaining reported significant barriers.

Of the others, 31% said they did not know where to seek information about it. A lack of available services was reported by 28%, overwhelmed treatment facilities by 25% and inability to pay for health services by 22% of the respondents. There were also 19% of the respondents who said the advice for testing and treating Coronavirus was unclear.

The most frequent sources of information was mainstream media (84%) followed by social media and messaging apps (41%), with Facebook and Telegram the most popular platforms.

The most trusted sources were community leaders and mobilizers but fellow returnees were also responsible for doling out advice.

The most common impact of COVID-19 among the respondents was reduced access to work (76%) and basic needs (34%), while worries and stress have risen (57%).

Almost two-thirds of the returnees, 64% also reported a loss in income as they were unable to find jobs due to the economic crisis, violence and insecurity as well as the COVID-19 related lockdown measures.

“We are poor people and two months without working means that my children have had to go to sleep on an empty stomach. All I want is for the government to let us go to work so I can provide food for my family,” said a returnee from Iran.

Over three-fourths, 77% of the respondents said they needed extra help since the outbreakm with cash assistance the most commonly favoured.

“We have coronavirus, war, unemployment, poverty, all together in one place. I do not know what to do anymore. They say the international community gave money to the government to distribute food among poor people, however no one in our camp has received anything yet,” said a man who returned from Afghanistan and is living in a camp in Nangarhar.

There were also 53% people who asked for sanitary items and basic food, water and shelter, 51%.

The most commonly cited sources of assistance were non-governmental organisations, then the UN.