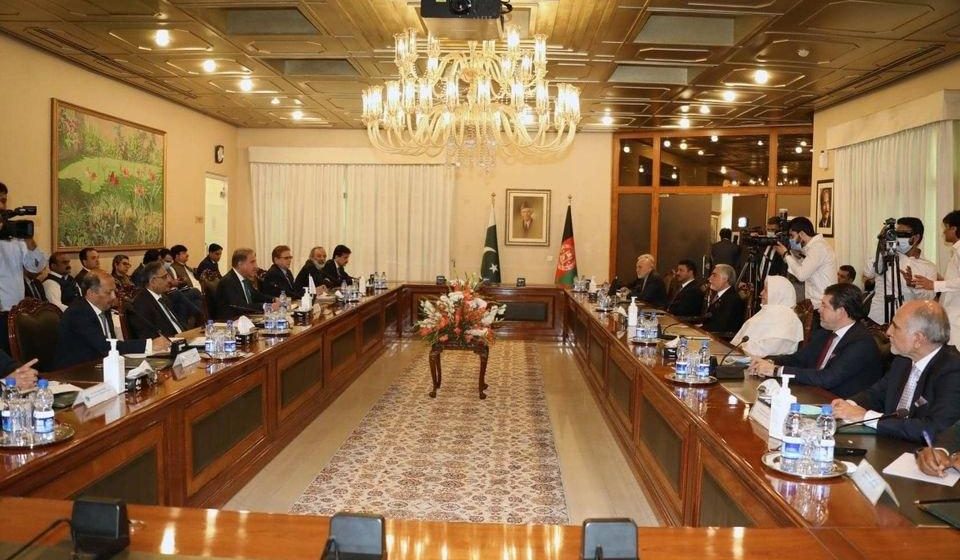 Welcoming Abdullah in Pakistan, Qureshi said the visit “will open a new chapter in bilateral ties, further strengthen relations and forge a common understanding” on the Afghan peace process.

Abdullah expressed his gratitude to Pakistani leadership for their role in the negotiations and for bringing the Taliban to the table.

According to Sapidar Palace, he said the high level of violence were hurting the peace efforts and the talks were moving slowly. He said the majority of Afghans want an end to the war while preserving the achievements of the past 19 years.

Abdullah also called terrorism a threat to all countries in the region and said ensuring lasting and a just peace in Afghanistan was in the interest of all.

Reaffirming Pakistan’s support for the Afghan peace process, Qureshi said Pakistan has “always maintained there is no military solution to the Afghan conflict and encouraged all parties to reach a political solution through an Afghan-led and Afghan-owned process.”

The foreign minister also said the U.S.-Taliban peace agreement and the ongoing talks in Doha have “raised the prospects of durable peace in Afghanistan.”

Qureshi told Abdullah that he had met with the Taliban representatives and told them that “there was no loser in peace.”

He urged Afghan leaders to seize this historic opportunity and undertake serious efforts to bring the Afghan peace process to its logical conclusion.

He added that the international community will come forward for the reconstruction and economic stability of Afghanistan.

Qureshi also said that Pakistan respects the territorial integrity and sovereignty of Afghanistan, and wants to develop strong economic cooperation with them.

He later tweeted that Abdullah’s visit “further strengthens the amity and fraternity between our countries.”

Abdullah and his delegation are due to meet the Speaker of the Pakistani House of Representative in the evening, and Prime Minister Imran Khan and Chief of Army Staff Gen. Qamar Javed Bajwa on Tuesday.