Latest Stories » Abdullah: We Are ‘Flexible’ To Discuss Interim Government With Taliban 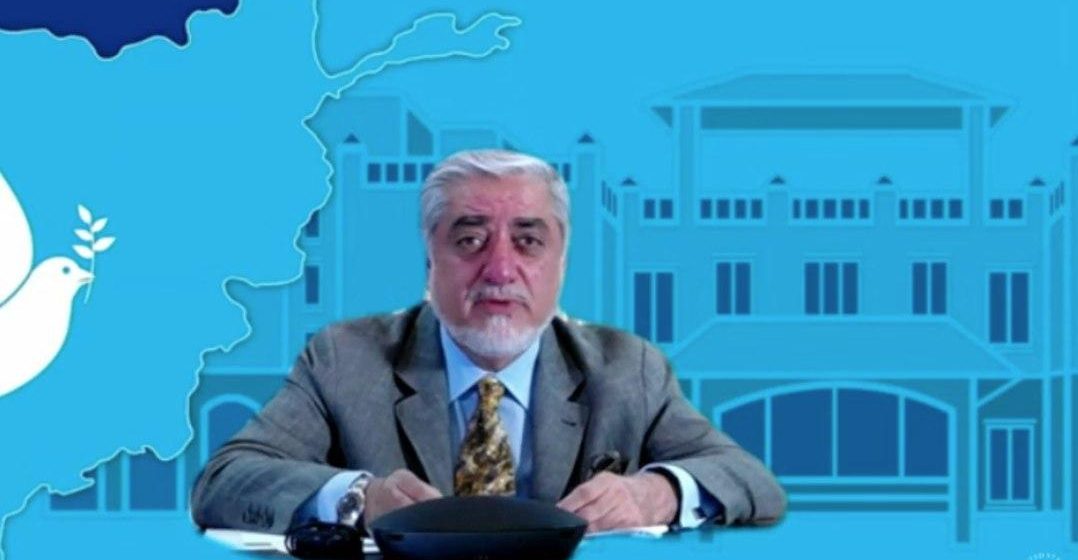 Abdullah: We Are ‘Flexible’ To Discuss Interim Government With Taliban

At an online talk on Wedneday evening, Abdullah Abdullah, Chairman of the High Council for National Reconciliation, said the Afghan government was open to discussing the formation of an interim government if the Taliban asks for it during the peace negotiations.

“It looks hypothetical… We have to be flexible in our thoughts. Nothing should derail us from getting to a durable, lasting and acceptable peace,” he said at the discussion arranged by the U.S. Institute of Peace (USIP).

“We are hesitant to drop conditions [about governance] before the start of our conversations, but the decision will lie when we have the talks… Let’s get to the negotiating table. Let’s talk there,” Abdullah urged both sides.

The Taliban has maintained they are fighting against the “Republic” of Afghanistan and its governance. He was asked about the possibility that the Taliban may ask for a different form of power set up during the negotiations.

“The ultimate decision would rest with the people of Afghanistan. The Council represents the people… I don’t think there will be anyone against peace. How we achieve it [peace] – then there’ll be diverse views,” Abdullah responded.

He also raised concerns about how the rising violence may lead to serious concerns among the Afghan people.

“Four decades of war does not mean that we cannot solve it… it should compel all of us to look back and come to a conclusion that there is no military solution for the war and that takes more than one side,” said Abdullah.

The country’s former chief executive said the rising violence has made the political environment “very difficult” to begin the intra-Afghan negotiations and makes “people extremely concerned.”

“That puts our seriousness in pursuit of the peace process to test,” Abdullah said.

“If there is a thinking in the other side – and hopefully that is not the case – that the U.S. troops may withdraw and we may not have to come to a settlement, we might overcome by force that will be a mistake, a great mistake. That will be another missed opportunity for the Afghans,” Abdullah said, warning that the Taliban shouldn’t think of taking over the country by force.

“There were times when the Taliban was in control of 90% of Afghanistan, but that didn’t mean the end of war,” he pointed.

The main hurdle to immediate start of the negotiations remains the prisoner exchange. Abdullah explained that the Taliban were determined not to begin the negotiations until the pre-decided 5,000 prisoners are released by the government.

He noted that 75% percent of prisoners listed by Taliban had been set free, saying “we are very close” to releasing the rest.

However, on their part the Taliban have released 600 of the 1,000 Afghan security personnel.

He also assured that the peace process with be inclusive. “We can’t achieve peace by sacrificing the basic and fundamental right of our people.”

“When we say inclusive, when we say dignified peace, we mean all in, even for the Taliban,” he added.