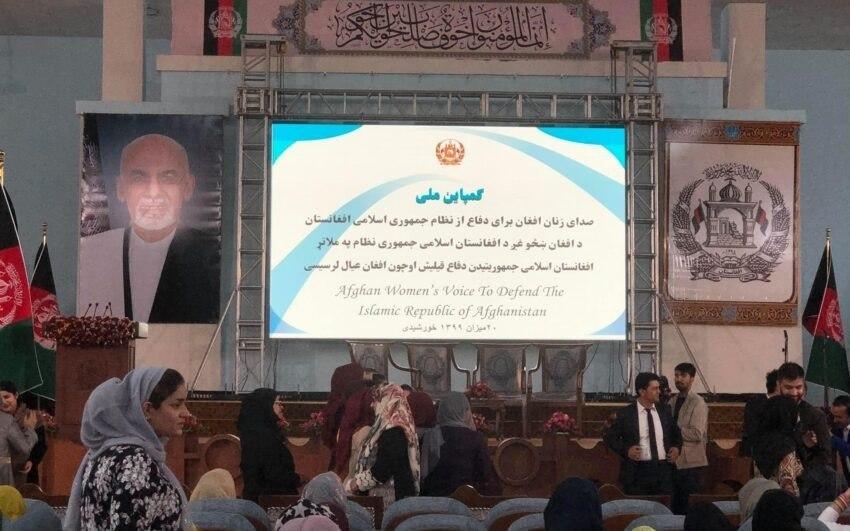 Afghan Women Call For Immediate Ceasefire In The Republic

The Voice of Afghan Women in Defence of the Islamic Republic of Afghanistan campaign met on Sunday and called for an immediate ceasefire and an end to the war and bloodshed.

The 15,700 women from 34 provinces who were part of the campaign issued a nine-article resolution and said that while women have never been involved in the conflict, they have become homeless and lost their guardians and family members to the war.

Their resolution demands both, the Afghan government and the Taliban’s negotiating team, to call for an “immediate ceasefire” as the fatwas of ulema’s says the war in Afghanistan is “not permissible.”

They called on the religious scholars to work on promoting a culture of peace, preservations of national and religious values and identities to strengthen unity, mutual acceptance and conflict resolution through the pulpits.

In Article 3, women emphasize that the achievements of the last two decades of the country, especially the rights of women, national sovereignty and territorial integrity, must be preserved in peace negotiations.

“We, the Afghan women consider the preservation of the country’s Constitution as a national obligation, in order to guarantee our civil and political rights in the peace negotiations,” the women demanded.

They also voiced their approval for the public discussions and actions taken by the government to achieve a “lasting and dignified” peace.

In Article 8, the women called on the neighbouring countries and the region to support the Afghan peace process and to ensure a lasting peace.

They concluded by asking for a “peaceful life, in acceptance of linguistic, ethnical and religious difference.”

“Because out beauty lied in ethnic, religious diversities and national unity.”

The meeting was organised in Kabul with the participation of the Ministry of Women’s Affairs.