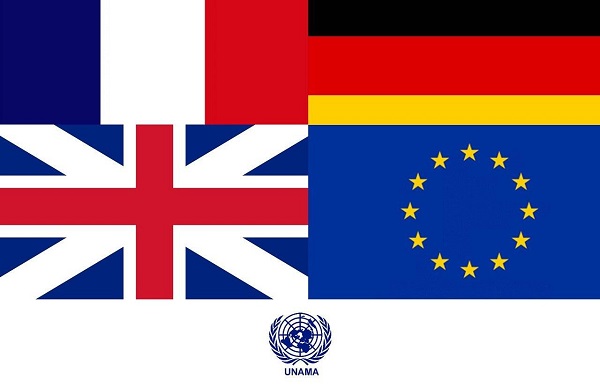 Following the protest of Afghan media outlets on Tuesday, Afghanistan allies including UK, Germany, France, EU and UNAMA have announced support for providing access to information by the government.

The British embassy in Afghanistan said access to government information is a right of the Afghan people.

“Afghanistan has one of the best laws in the world on A2I but more needs to be done to ensure implementation. The UK supports the brave and committed journalists fighting to uphold this right,” UK in Afghanistan said in a tweet.

The British embassy emphasized that the UK is working with Integrity Watch to promote access to government information and the Afghan government needs to respond to calls of media and fully implement the A2I law.

“We are training journalists a digital platform for info requests with the Access to Information Commission,” it added.

In the meantime, the German embassy in Kabul has citied its support free access to information and free media.

“They are crucial for accountability, good governance and an open, transparent and democratic society,” the German embassy said.

The French embassy to Kabul also said that a strong democracy needs free access to information and independence of the media.

“France stands by Afghan journalists, who demonstrate on a daily basis courage, professionalism and commitment to the information of Afghan people and the world, often in difficult circumstances,” the embassy said.

In addition, the European Union (EU) in Afghanistan stated that the free flow of information is crucial for any democracy and progressive society.

“EU supports transparency and accountability in Afghanistan. All must partake to ensure continued media freedom to report in Afghanistan,” EU tweeted.

Afghan lawmaker, Fawzia Koofi also added that access to information is the basic rights in a democratic society being guarded in the laws passed by parliament in Afghanistan.

“With increased public trust on media as the 4th pillar of the state, officials must regard this as a responsibility and not a favor to media,” she said.