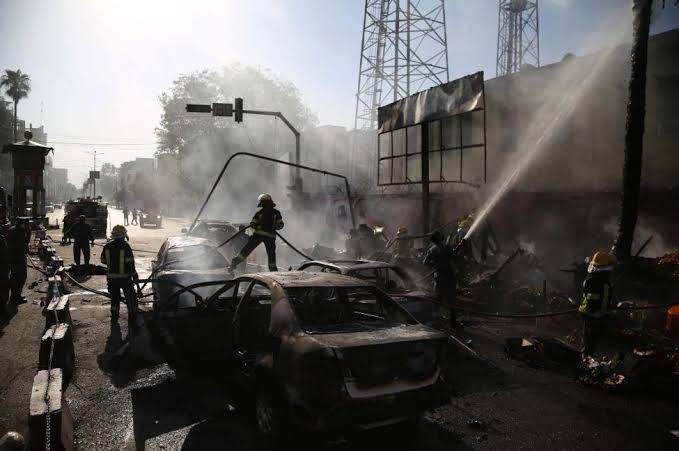 The 2020 Global Peace Index shows the world is now considerably less peaceful that it was a decade ago.

For the second year in a row, Afghanistan remained the least peaceful country in the world, according to the 14th edition of the index which ranks 163 independent states and territories according to their levels of peacefulness.

Afghanistan has consistently featured in the five least peaceful nations since at least 2015 but last year it had replaced Syria in the rankings.

Iceland remained the world’s most peaceful country for the 12th year in a row in the Institute for Economics and Peace’s (IEP) annual index which also took into account the effects of the COVID-19 pandemic.

In Afghanistan, Taliban and other militant groups have continued launching attacks on the government forces, military positions and civilians. Despite the signing of the peace deal between the U.S. and Taliban in February, violent attacks have continued in Afghanistan, leading to an escalation in the scope and intensity of the conflict since 2014.

With the U.S. troop withdrawal, violence has de-escalated a bit with the number of casualties decreasing.

However, the domestic disputes which had resulted from the September 2019 presidential elections remain.

All these reasons made Afghanistan one of the few countries in the world where the number of deaths have not decreased over the past few years. It is the country with the highest deaths from internal conflicts.

The average economic impact of violence is also very high, equivalent to 51% of Afghanistan’s GDP in 2019. Compare this to the ten most peaceful countries where the average cost was 3.9% of the GDP.

For countries with high-intensity conflicts, like Afghanistan, the higher economic costs derive from conflict deaths, terrorism, losses from refugees and internally displaced people, and GDP losses from conflict.

As a result, the Afghan military expenditure is also an estimated 10.2% of the GDP.

“It’s likely that the economic impact of COVID-19 will magnify these tensions by increasing unemployment, widening inequality and worsening labour conditions – creating alienation from the political system and increasing civil unrest. We therefore find ourselves at a critical juncture,” said Steve Killelea, the founder of IEP.

The UN’s Food and Agricultural Organisation (FAO) has already warned about the ‘hidden crisis’ of food insecurity in Afghanistan due to the pandemic and the lockdown which led to a loss of income.

If conditions do not improve, the FAO expects 10.3 million people in the country to continue dealing with crisis levels of acute hunger or worse.