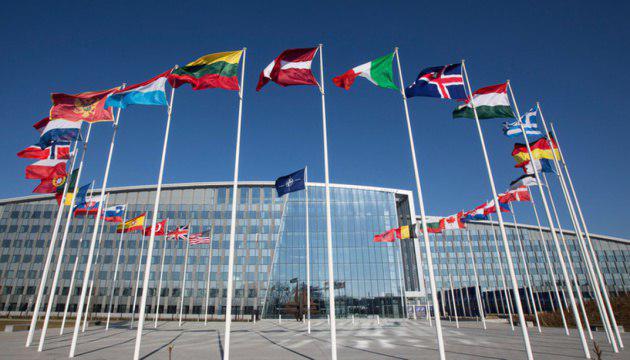 Afghanistan on Agenda of NATO Parliamentary Assembly in London

The situation of Afghanistan and NATO’s future in the war-torn country is among the main issues on the agenda as legislators from member countries of the Alliance gather this week in the United Kingdom for the NATO Parliamentary Assembly’s Annual Session.

This was said in a statement on the official website of the NATO Parliamentary Assembly.

NATO Secretary General Jens Stoltenberg, British government ministers, top military officers, and a host of experts are expected to join hundreds of delegates for the October 11-14 meeting in London to reaffirm NATO’s core values as the world’s most powerful defense alliance celebrates 70 years since its founding.

“As NATO marks its 70th anniversary, this session will be a key moment to celebrate the work of this vitally important institution, the bedrock of our security,” said NATO PA President Madeleine Moon.

Just days after presidential elections in Afghanistan, and amid deep uncertainty over peace moves with the Taliban, the parliamentarians are set to vote through a resolution urging support for Allied forces and partners, 16 years after NATO took the lead in security efforts there.

The NATO PA assembles members of national parliaments from the 29 Allies as well as partner countries, observers, and international organizations.

It is an essential forum for exchanging views on security issues between the Alliance and member parliaments, making it an important link to citizens in the Euro-Atlantic area.

This comes as previously, the NATO Secretary-General Jens Stoltenberg has said that the future of NATO’s 15-year-long military operation in Afghanistan will depend on the outcome of peace talks involving Taliban insurgents.
Since 2003, hundreds of thousands of troops and civilians from 29 NATO member states and 21 allies have rotated through Afghanistan to provide security, reconstruction assistance, and training for Afghan security forces.

Some 17,000 troops from 39 NATO and allied countries are currently training and mentoring Afghan forces. They operate under NATO’s Resolute Support Mission (RSM), which began in January 2015.

The alliance contributed to reconstruction and development by operating 28 Provincial Reconstruction Teams throughout Afghanistan for nearly a decade. NATO is also involved in diplomatic efforts, and the alliance says it is committed to ensuring long-term support for the country’s estimated 400,000 security forces.