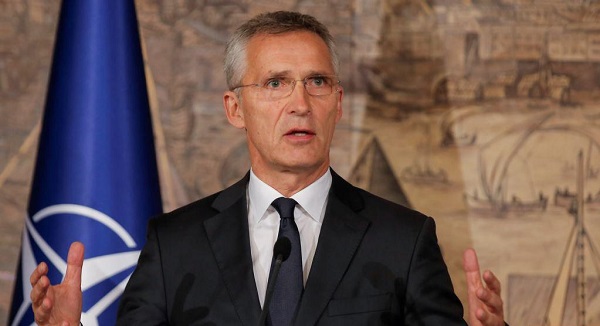 Regarding the discussions on Afghanistan during the meeting in London, Stoltenberg said the message from NATO is that we are committed, we will continue to support the Afghan security forces but of course we also welcome any efforts to try to find a peaceful negotiated solution, including, of course, reduction of violence.

He also commented on US President Donald Trump’s visit of Afghanistan when he said that ceasefire and intra-Afghan dialogue would be the best for the peace talks.

“I welcome that there are contacts, talks between the United States and the Taliban. This is also something which the US is consulting with other NATO Allies on regularly,” Stoltenberg said.

The NATO Secretary General that they are consulting all the time because it is not only US in Afghanistan but we have to remember there are also many non-US troops in Afghanistan.

He emphasized that it is extremely important that we avoid or prevent ISIS to establish themselves in Afghanistan or to try to reestablish a kind of terrorist caliphate in Afghanistan which they lost in the Levant.

“We think that the best way we can make sure that there is a credible deal, a real deal, is that we continue to support the Afghan security forces, sending a message to the Taliban that we are ready to stay, we are committed, and they will not win on the battlefield,” Stoltenberg said.