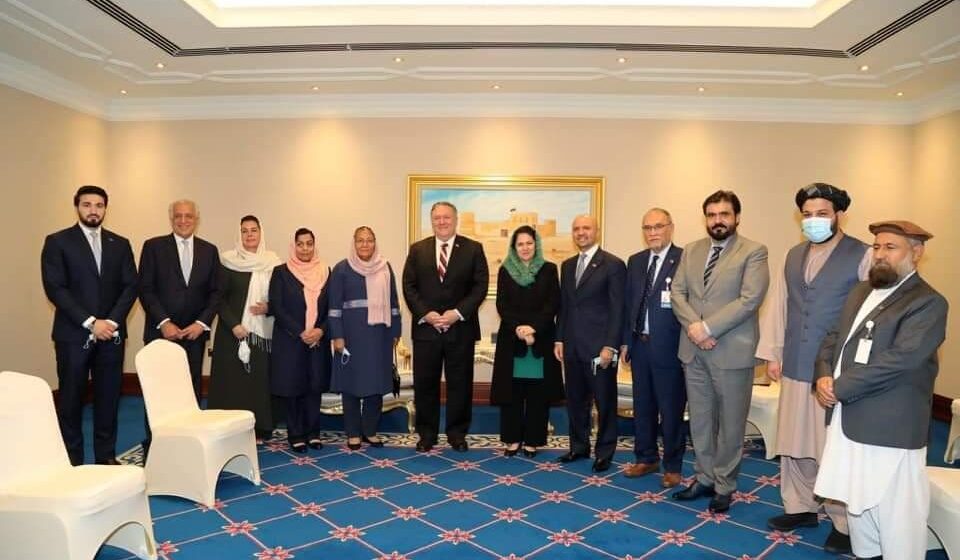 Ahead Of Troops’ Withdrawal, US Secretary Of State Asks Taliban And Afghan Government To Speed Up

US Secretary of State Mike Pompeo on Sunday in a meeting with Afghan government and the Taliban in Doha, asked them to expedite discussions over peace talks as America prepares to withdraw troops from Afghanistan.

Pompeo stressed on a “significant reduction” of US troops and a political roadmap focusing on comprehensive ceasefire. In a separate meeting with the Afghan government and Taliban, the US state secretary spoke in length over the parameters to lock terms and conditions of peace talks.

The meeting has come in the backdrop of series of rocket attacks in central Kabul, that killed at least eight people and injured over 30 people on a busy street with residential areas also in the vicinity.

Pompeo said he would be interested in knowing “how the two sides can increase the probability of a successful outcome”.

Earlier this week, Washington had announced to drawdown 2,500 troops from Afghanistan, by mid January 2021, ahead of President-elect Joe Biden’s oath taking ceremony. In February this year, President Donald Trump had signed a deal with the Taliban to withdraw troops, which was initially that of full forces’ drawdown, but later, after reluctance from Republicans and others, he narrowed down the number to around 2,500.

The announcement did not seem to garner large support as Republicans themselves are not convinced with the idea. They fear that troops’ withdrawal from Afghanistan will provide the insurgents with the opportunity to resurface and make American vulnerable to emboldened terrorists.